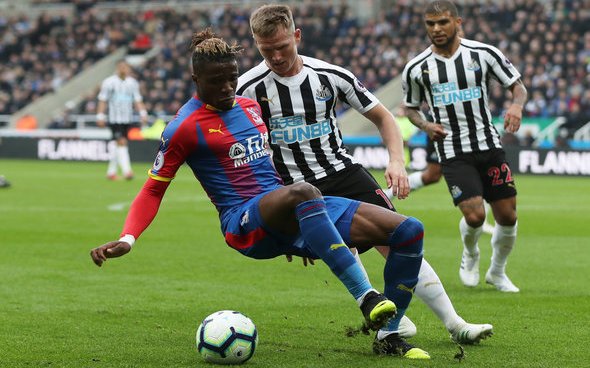 Newcastle United player Matt Ritchie has been a loyal servant to the club over the years, but that has not stopped him from being linked with an exit away from Tyneside.

The Northern Echo previously reported that the Magpies could be approached by Bournemouth if the sitaution surrounding the 29-year-old’s future is not resolved, adding that Rafa Benitez is not keen to offer the mainstay anything.

If anything, they need to secure the future of Ritchie before it is too late. Seeing as his former club are waiting in the wings in case his future is thrown into doubt at Newcastle, the likelihood of them coming in and swooping for him is very high indeed.

Mike Ashley has made his stance about players over the age of 30, and he is obviously reluctant to offer the Scotsman a new deal because of that. However, if he does not act, then Ritchie could exit the club in the blink of an eye.

Surely that is something that Benitez does not want? After all, during the 36 appearances he has made this term, the majority of them have showcased just how vital he is to the team’s success. Without him, the club would not be where they are now.

The goals he has scored and the assists he has provided have been ultimately game changing, and there is no reason why he cannot go on and continue doing that on a weekly basis. He is the backbone of the team, and his versatility has helped Newcastle cover up some of their glaring issues.

The way he has adapted to playing on the left side of the defence has been admirable, in fact, he has really wowed the crowds with how impressive he has been in the role.

Securing his future must be an absolute no-brainer for Benitez, so he must act as soon as possible – otherwise an unwanted exit could be on the cards.