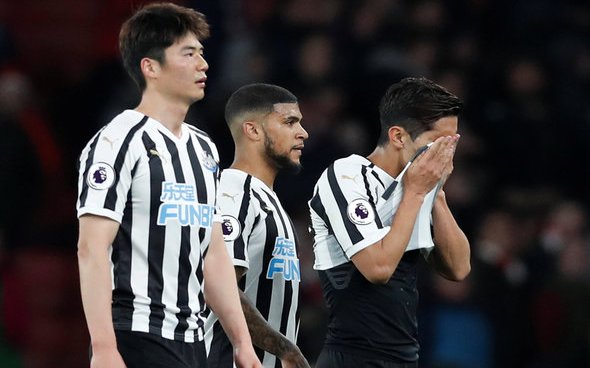 Newcastle United may technically have nothing left to play for after securing their Premier League status on Saturday, but that does not mean that they should not pull out all of the stops to get all three points this weekend.

They take on a relegation threatened Brighton this weekend at the Amex, and it is something that they can take advantage of after their excellent display.

One player who looked transformed was midfielder Ki Sung-yueng. The 30-year-old had been struggling for form in recent times, but he looked really improved in the 3-1 win over the Saints, something which Rafa Benitez will be delighted with.

Ki was unlucky to strike the post with an excellent effort that day, and he showed all of the signs that his previous form is returning to fruition. He must be commended for his battling performance that day – however, it does mean that the manager is stuck with a slight headache in his midfield.

Nevertheless, he must maintain this improved form against Brighton on Saturday if he is to prove that he is a worthy starter for Newcastle. He can cause them real problems if he is on his game, as his ability to get further forward is an asset that has proved him dividends in the past.

Ki is an excellent player, there is no denying that. His decline in form is probably down to the fact that Sean Longstaff kept him out of the team for a while, with the spell on the sidelines not doing him the best of good.

The enforcer – who stands at 6ft 1in [Transfermarkt] – must now send a clear message to Benitez with a head-turning performance against Brighton on Saturday.