Benitez ‘waiting for an answer’ over Newcastle contract 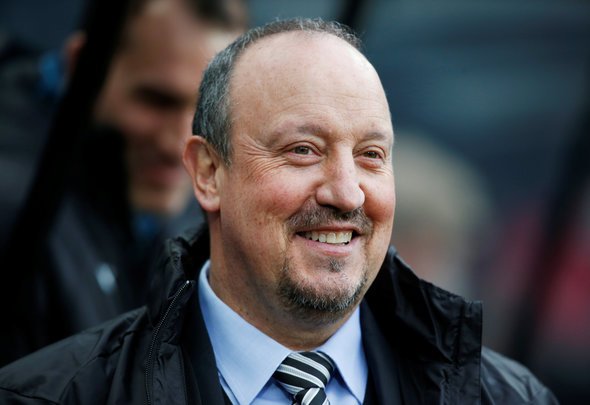 Rafa Benitez has confirmed he is awaiting news from Newcastle United’s board about his contract.

The Newcastle manager’s existing deal is set to expire at the end of the season and L’Equipe reported on Thursday that he is interested in trying his hand at managing in Ligue 1.

RMC Sport has also reported in the last 24 hours that the Magpies are eyeing up exit-bound Lyon boss Bruno Genesio as a potential replacement for Benitez.

However it seems as though there has been a dialogue between Benitez and the Magpies board, and the Spaniard is now waiting to hear back from his paymasters.

“I am waiting for an answer,” he said, as quoted by Chronicle journalist Lee Ryder via his personal Twitter account on Friday afternoon.

Rafa on #nufc contract: "I am waiting for an answer."

Newcastle fans will be praying that this update by Benitez is good news. It really does seem as though the former Liverpool and Real Madrid manager wants to stay put at St James’ Park, but with each passing day, what hope there is seems to fade away ever so slightly. At the end of the day the decision is going to be his. Benitez clearly loves the Toon, but the most hardened of Newcastle supporter will have to admit that he is someone who could be managing a top-six Premier League club easily. If someone comes in with an approach for the Spaniard then Mike Ashley is going to find it very hard to keep hold of him, especially with how weakly he has backed the manager in the transfer market. Newcastle could be pushing for a seventh-spot finish or a spot in the FA Cup final this season if Ashley had backed Benitez properly in the last four transfer windows. Instead, the Magpies are still a team that could be relegated. If Benitez wasn’t at St James’ Park, then Newcastle could be back in the second-tier.