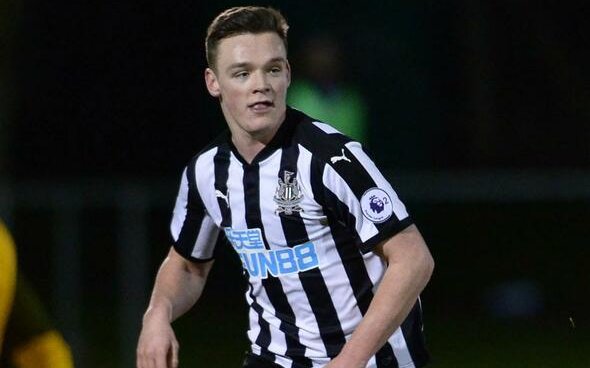 Newcastle United are expected to send centre-back Owen Bailey out on loan in the summer, according to Chronicle reporter Lee Ryder.

The journalist claimed via his personal Twitter account on Monday night that the Magpies attempted to send the Under-23s captain out on loan in the January transfer window, but will try again in the summer so that he can earn some much-needed first team experience.

They tried to get him out in January but should get a club next season on loan.

Bailey, 20, has been ever-present for the Under-23s this season, appearing 23 times in both Premier League 2 and the EFL Trophy.

However the young is yet to break into the Magpies’ senior squad and it is unlikely that he will until he gets some first team experience.

It is a surprise that no one signed Bailey on loan in January because he is a very good young centre-back who could certainly do a job in League One. However going by how some young players that have been loaned out by Newcastle this season have endured some miserable spells, it might have been a blessing in disguise for Bailey, who has played consistently well for the Under-23s. It is better to be playing for Newcastle’s development team that sitting on the fringes of the Blackpool squad like Elias Sorensen did. He was shipped out on loan in January but barely played for Blackpool before he was eventually recalled. Hopefully Newcastle’s decisions on sending out players on loan will improve in the summer. Hiring a ‘loan manager’ might be the best idea for the Magpies, but Mike Ashley is unlikely to want to hire more staff because it requires him to spend money.