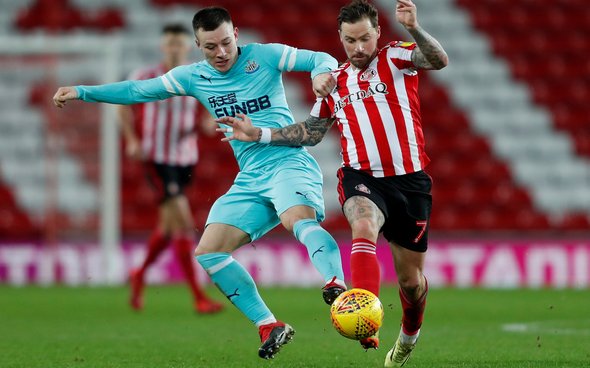 Newcastle United are at risk of eventually regretting their reported decision not to to keep winger Callum Roberts at the club beyond this season.

The Chronicle report that the Magpies have already told the 21-year-old he can leave the end of the season when his contract expires after a recent loan spell at Colchester United was cut short.

The local newspaper claim that Roberts has impressed Benitez but the manager as well as the player know that he is at stage in his career where he needs to be playing every week at senior level, and there’s no guarantee he can get regular minutes at the Magpies.

When you consider Benitez’s stance on Roberts, it’s clear the promising winger has something about him in order to have a made positive impression on the current Magpies boss.

The Spanish manager has been in football a long time now and has seen hundreds of players in action, so for the youngster to have enough about him to get his seal of approve surely he has the tools to succeed in football?

While it’s classy of Benitez not to stand in Roberts’ way by letting him go in order to get senior football, the decision could backfire on the Magpies as he could end up fulfilling his potential.

The 21-year-old has scored nine goals and registered six assists in the Premier League 2 this season and if he could translate that form to senior football in the future, he’d be some talent to have.

Roberts’ loan spell at Colchester United may not have not gone to plan but it’s not like he can be written off for that reason as he was hardly there long enough to prove his talents.

The winger faced a difficult task getting opportunities at the club as he joined them in January as it’s difficult to leap frog people in the pecking order mid-way through the season.

With all this in mind, it’s easy to see that Roberts could be a player who could flourish in the coming seasons and that means the Magpies could end up kicking themselves over ever letting him go.