Recent Hayden displays show he is needed at Newcastle 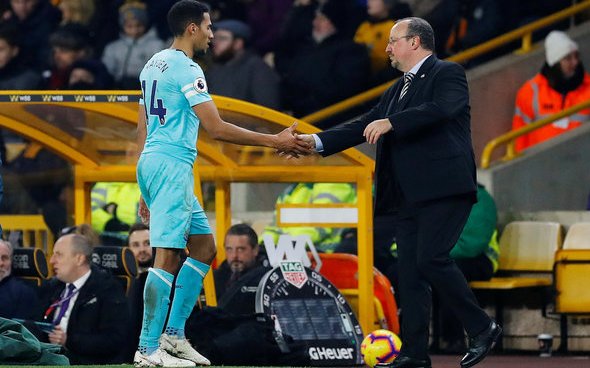 Newcastle United midfielder Isaac Hayden has previously expressed his wishes to leave the club in order to be closer to his family, but recent performances highly suggest otherwise.

The 24-year-old has definitely been at his peak for the Magpies recently. Question marks used to be raised about his displays, but they have no doubt been forgotten. He is has been on fire recently, it is as simple as that.

He thrived alongside the likes of Sean Longstaff before he got injured. Their partnership in the central midfield was really quite something, and fans would have felt secure with these two young stars playing in front of the defence.

The 3-2 win over Everton a few weeks ago is when he really hit his form. He was the driving force that afternoon, and is assist to lay on the winner for Ayoze Perez was excellent. Like really excellent. To be honest, you could not really fault him that day.

He may not have been at his absolute best in the 2-2 draw with Bournemouth before the international break but someone had to do the dirty work, didn’t they? This is one job he did to a high standard, and this should be commended.

Even in the 2-0 loss to West Ham a while back, he was still the best performer on the pitch. In light of these recent performances, it is clear that Hayden is crucial to Newcastle’s success. Rafa Benitez cannot afford for him to leave when he has suddenly hit the best form he has been in for a long time.

He may not be playing alongside Longstaff, but Hayden is still thoroughly impressing. The £22,000-a-week [Spotrac] player has turned heads recently, and he must be convinced to stay on Tyneside if he declares his wishes to leave again.