Newcastle have been scouting Zapata this season 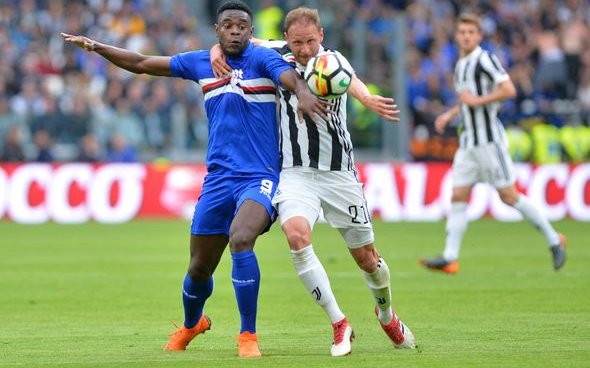 Newcastle United have taken a look at Atalanta striker Duvan Zapata on scouting missions to Italy this season, according to The Chronicle.

The newspaper claims that the 6ft 2 Colombian international has been the focus of scouting expeditions in Serie A, having enjoyed a tremendous 17-goal campaign on loan in Lombardy this term.

Atalanta are expected to sign the 27-year-old permanently from Sampdoria this summer, but will look to offload him immediately after. Rafael Benitez is looking to sign experienced players and Zapata fits that bill.

The pair worked together during their time at Napoli, and, with uncertainty over Salomon Rondon’s future, the capture of the Colombian would make sense.

This is a move that makes sense and also doesn’t make sense. Zapata has enjoyed a phenomenal campaign and is at the peak of his powers, while his physical style make him ideal for what Benitez is trying to do at Newcastle. If Rondon doesn’t return next season then the Serie A standout would be a perfect replacement for him. However, Magpies owner Mike Ashley has long been a proponent of signing young players with high sell-on value – a potential reason why Rondon won’t stay – and so it’s debatable whether he would consider 27 young enough to sanction Zapata’s arrival. That’s where this one doesn’t quite make sense. 27 is young enough to get several good years out of Zapata, but it’s probably an age that doesn’t really represent good sell-on value. It’s going to come down to Ashley, probably, but the fact that Newcastle have scouted Zapata several times this season suggest that they are certainly interested in him.