Newcastle fans react as ex-Sunderland man Pickford speaks about them

Jordan Pickford did himself no favours in Everton’s 3-2 defeat to Newcastle United earlier this month. The former Sunderland goalkeeper seemed to be more focused on riling up the St James’ Park crowd rather than helping his team win, and he probably should have been sent off at one point when he fouled Salomon Rondon in the box. As quoted by the Chronicle, Pickford has now claimed that the Toon Army aimed “abuse” at him in the Premier League fixture, but unsurprisingly, some Newcastle fans on Twitter have hit back at the 25-year-old for his comments. Pickford knew what he was doing. He is a Sunderland fan and he wanted to show that at St James’ Park by provoking the home fans. However they gave it back as good as he was giving it, and his latest comments come across as a bit contradictory. No wonder some Newcastle fans are trolling England’s number one. 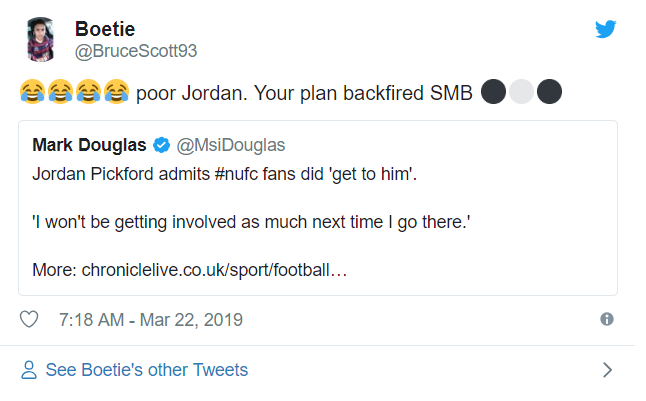 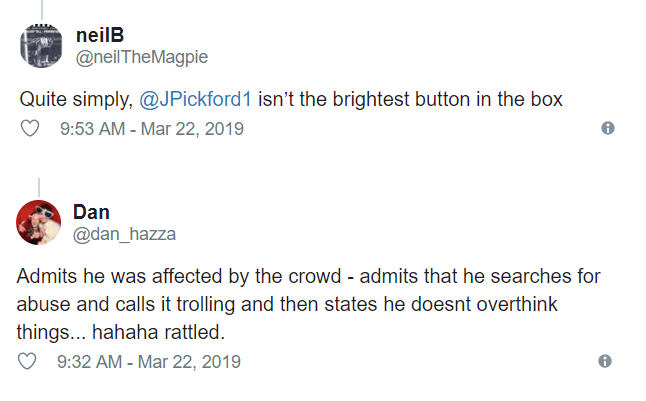 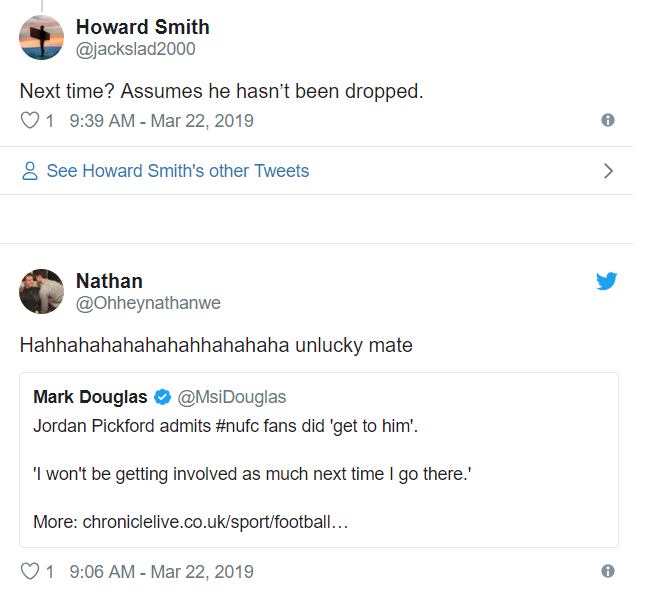