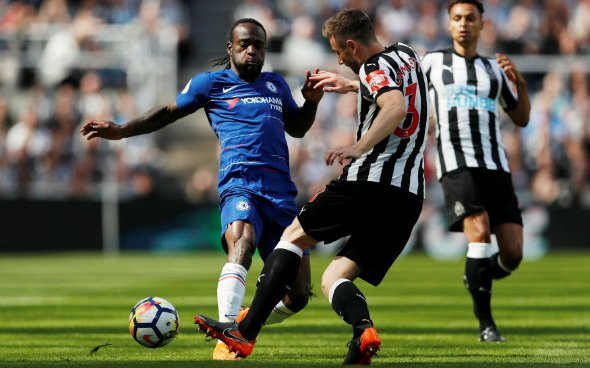 Newcastle United defender Paul Dummett is set to make his return this weekend after six weeks out through injury, according to the Chronicle.

The Magpies are currently on a warm weather training break in Marbella and will face CSKA Moscow in a friendly at the end of the week.

It is expected that Dummett, who has been absent since January the 2nd with a hamstring problem will be involved in that meeting in some capacity.

It is understood that the Welsh international will play at least 45 minutes.

This would be huge boost for Newcastle. Dummett has quietly established himself as one of the key figures in Rafa Benitez’s squad, and the Magpies have struggled to replace him during his long periods of absence this season. In January they did try to amend this by bringing in Antonio Barreca on loan, and while having the Italian as cover will ease Benitez’s worries a fair amount, he will no doubt prefer to have his main man back in at left-back. Dummett’s not always the most glamorous of defenders, but he is effective and knows the club inside out, bringing a spirit and fight to the side that could be a real attribute in the Magpies’ efforts to avoid the drop. His hamstring problems have been reoccurring, and that’s concern, but the hope will be that he can stay fit and healthy for the rest of the Toon Army’s campaign.