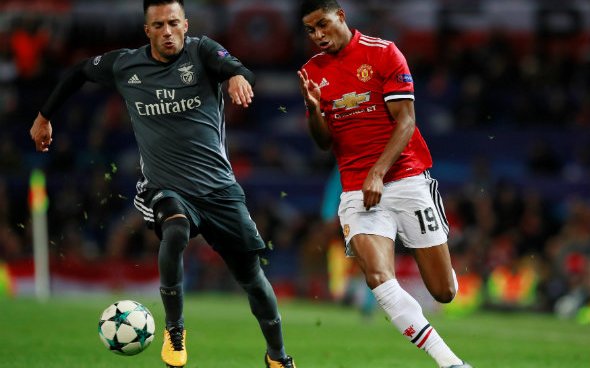 Newcastle United have submitted an offer to take Benfica midfielder Andreas Samaris on loan until the end of the season, according to O Jogo.

The Portuguese outlet report that the Magpies have tabled a £260,000 bid for the Greece international, with the club still waiting on a response from the Primeira Liga giants.

O Jogo claim that the offer includes an option for Newcastle to then buy Samaris on a two-year deal in the summer, with Benfica given a sell-on percentage.

It looks as though Newcastle are set to wrap up deals for Atlanta United star Miguel Almiron and Monaco left-back Antonio Barreca on Wednesday, with a potential agreement for Samaris to follow. The Greece international has been linked with a move to St. James’ Park for several days now, and it looks as though the Magpies have finally tabled an official offer for the 29-year-old. As usual, this deal will likely take the form of an initial loan with an option to buy, with Newcastle often signing players on such deals. The impending deal for Almiron is the biggest surprise of the window, with the Magpies set to splash out £21million for the Paraguay international. Should they manage to wrap up all three deals then it can definitely be considered a successful window for the club, despite the fact they left their business so late. The Magpies could then push on and attempt to climb the table in the coming weeks and avoid a relegation dogfight.