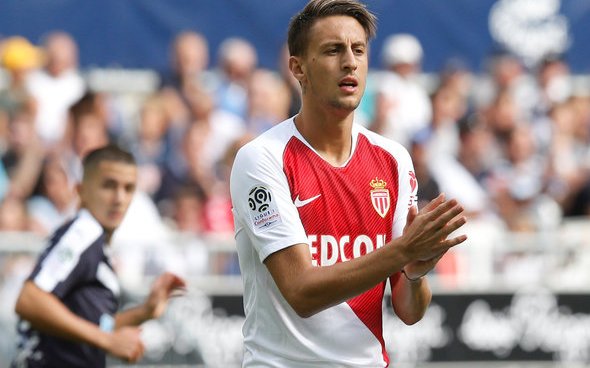 Monaco left-back Antonio Barreca has arrived on Tyneside and will undergo a medical tomorrow ahead of a loan switch to Newcastle United, according to Sky Sports journalist Keith Downie.

Downie reports on his personal Twitter account that the Italian flyer is set to join on a temporary deal until the end of the season after undergoing a medical on deadline day.

It is said that Newcastle will pay £1million for the loan deal and will then have an option to buy the 23-year-old on a permanent deal in the summer for a further £9million.

Antonio Barreca IS on Tyneside ahead of a season-long loan from Monaco. £1m loan fee with £9m option to buy we’re told. The Italian left back will undergo his medical on Deadline Day #NUFC

Finally there is some action on Tyneside after a disappointingly quiet month on the transfer front for the Magpies. Manager Rafa Benitez now looks likely to wrap up at least two deals before the deadline on Thursday, with Barreca set to be joined by a club-record signing in Miguel Almiron. Barreca will arrive under the radar due to the imminent Almiron deal, but that is not to say the Italian will not be a quality addition for the club. Benitez has been crying out for some cover at left-back for a long time now, with Paul Dummett his only real option there. An injury-ravaged season so far for the Wales international has left them even more short in that position, and Barreca’s arrival should help ease that pressure. The 23-year-old has not played much for Monaco this season but he is still an exciting prospect, and hopefully he can show his talents on Tyneside before the season is out.