Almiron set to bring SJP to its feet 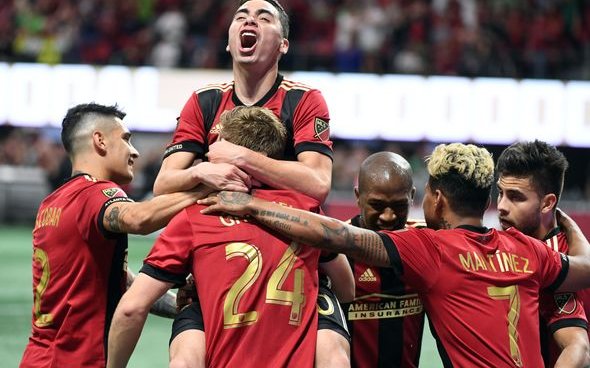 Newcastle United are set to break their long-standing transfer record in a £21million deal for Atlanta United star Miguel Almiron.

The Paraguay international has arrived on Tyneside to undergo a medical and flesh out the finer details of his move, which is expected to be wrapped up today.

Much has been said about the 24-year-old talent over the past few months, with Almiron helping Atlanta to their first MLS triumph in a stunning campaign which saw him score 13 goals and contribute 13 assists.

One man who knows a lot about the Paraguayan playmaker is South American football expert Tim Vickery, who has gushed over Almiron in a quick low-down for Newcastle fans on their imminent signing.

Speaking to Sky Sports, he said: “He’s going to run with the ball at devastating pace with a lovely left foot, these are his two great virtues: wonderful pace and a left foot to open up defences. He’s an ideal type of player for a team that want to defend deep, cover up and launch a counter attack.”

Obviously the main concern regarding Almiron is his lack of experience in Europe – the 24-year-old has so far played in South and North America, and this is something which Vickery also addresses.

“There is a risk, he’s coming up to 25, usually European clubs see this as an advanced age to bring a South American player into European football so he’ll have to adapt, but I think he could be good fit for Newcastle,” he said.

Obviously it is impossible to say just how well Almiron is going to do over the next few seasons in the famous black and white stripes, but the early indications are seriously exciting.

Newcastle have been crying out for a player with creativity and directness playing through the middle, and Almiron looks to be ready to provide both of those in abundance.

It may be a while until we see exactly what he is all about, but when that does happen, then he will surely bring the whole of St. James’ Park to its feet with his creative and productive play going forward.

For once, these are exciting times for Newcastle fans, and Almiron is the biggest reason for that.