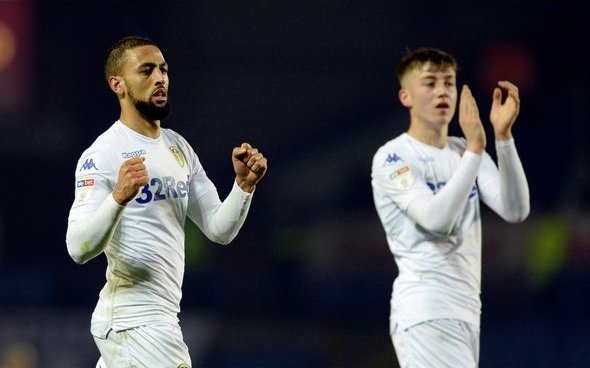 Newcastle United are in pursuit of Leeds United forward Kemar Roofe with Rafa Benitez considering making a move if given enough funds, according to the Daily Mirror.

The national newspaper claim that the Magpies are targeting the 25-year-old, who has scored 13 goals in 20 appearances for Leeds this season, as Benitez is keen to boost his firepower.

The Daily Mirror report that Leeds are very aware that Roofe’s goals could prove vital to them winning promotion from the Championship but that a good offer being submitted by the Magpies would at least give them a decision to make.

Leeds would be foolish to sell Roofe with them finally looking on course to escape the Championship this season and it would be a massive surprise if they let him go. The Magpies might be in pursuit of the forward in red-hot form just like the Mirror claims but even the newspaper is aware that the player’s potential price tag could be an issue to any deal. Benitez is patiently waiting to see what funds he has to work with and if given enough then maybe he’ll make cheeky bid for Roofe. However given his importance to Leeds, it’s hard to see the Magpies being successful in pursuit. The only positive you can really take from this report is that the Magpies are looking at the right type of forwards to sign as Roofe is exactly what they need. The 25-year-old is pacey and has an eye for goal based on his form this season, also he is at a good age where you think he could still improve if he continues to learn from his experience.