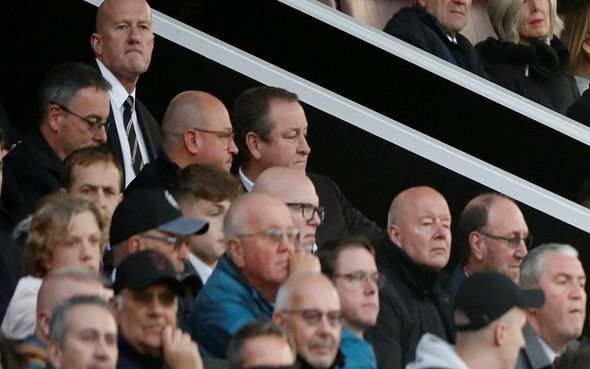 West Ham vice-chairman Karren Brady tore into fellow owners of Premier League clubs during her latest comment and shared that she thought Mike Ashley had given up trying to understanding Newcastle United fans.

The businessman woman dedicated her latest column in The Sun to sharing why she thought the Hammers were lucky to have David Sullivan and David Gold at the club as they were fans first and chairmen second.

Brady in particularly highlighted Ashley’s ownership of the Magpies and shared that she believes his exit would probably soon occur.

“Billionaire Joe Louis takes an  academic view of Spurs’ actual playing performances — although the stewardship by junior partner Daniel Levy is positively microscopic — while Mike Ashley, soon probably to depart Newcastle, has given up trying to understand what his supporters want,” wrote the Hammers vice-chairman for The Sun.

“Which brings me to my own joint-chairmen at West Ham, David Sullivan and David Gold.

“They are old school. David Sullivan had a pacemaker fitted and was at the club two days later. He’s a supporter first and a chairman second.”

Hopefully Brady is right to suggest that Ashley’s Newcastle exit is soon as it will be like Christmas has come early for supporters. Magpies fans have clearly been frustrated by their owner’s reign in recent seasons and the idea that a takeover could soon occur, clearly would be music to their ears. It’s hard to disagree with Brady’s assessment that Ashley has given up regarding trying to appease fans as if he is trying to sell the club, he really won’t worry what they’re feelings are towards him. Also given that Magpies fans haven’t been keen on him for a while, he probably believes it’s reached a stage where he will not bridge the divide between himself and supporters. It does feel that the best case for everyone is for the Magpies senior man to leave the club as soon as possible, but it whether a buyer can meet the businessman’s demands.