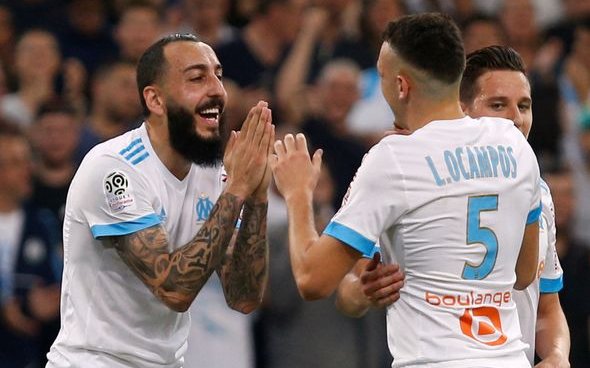 Newcastle United must hijack West Ham’s reported desire to add Marseille forward Konstantinos Mitroglou to their squad as he could become a hero at St James Park.

The Daily Mail reported on Saturday that the Hammers were weighing up whether to make a move to take the 30-year-old attacker on loan as the French giants were looking to lower their wage bill.

The newspaper claimed that Marseille were willing to loan Mitroglou out with a view to a permanent deal in the future, which is the type of agreement that suits the Magpies.

As previously stated by the Chronicle near the end of the summer window despite having two players on loan already, Rafa Benitez would be able to borrow the services of more players as long as they were coming from a team outside of the Premier League.

Mitroglou is therefore the perfect player for the Magpies to add to their squad in January as the 6ft 2in forward has the skill set needed to be a hero at the club.

The 30-year-old is capable of scoring goals for fun, shown by the fact he scored 52 in 86 appearances across spells at Olympiacos and Benfica, so would be capable of firing the Magpies to glory.

Mitroglou is also adept at holding the ball up for his side given his build and knack for being tough to dispossess, so would be able to greatly assists the Magpies in games where they don’t see a lot of the ball.

The experienced forward, who has already scored three goals this season, would also no doubt show the work ethic and desire to succeed which would make him a fan favourite.

This would be the case as Mitroglou has one blip on his career that has wrongly hounded him despite him being amongst the goals on a regular basis in recent season.

The 30-year-old was famously snapped up by Fulham, he made only three appearances, and failed to save them from relegation as he couldn’t get up to speed quick enough due to injury problems.

Yet despite that not really being his fault, there will be those who wrongly question his ability to succeed in the Premier League.

Mitroglou has previously been a threat for clubs in the Champions League as well as Europa League, so it’s wrong suggest that he isn’t a top quality forward.

Given that Benitez’s side have struggled for goals this season then any forward capable of rocking up and being amongst them would be treated like a hero.

So therefore when you consider that Mitroglou is more than capable of doing that, the Magpies must hijack their Premier League rivals’ desire to sign him as he would be very helpful to the cause.