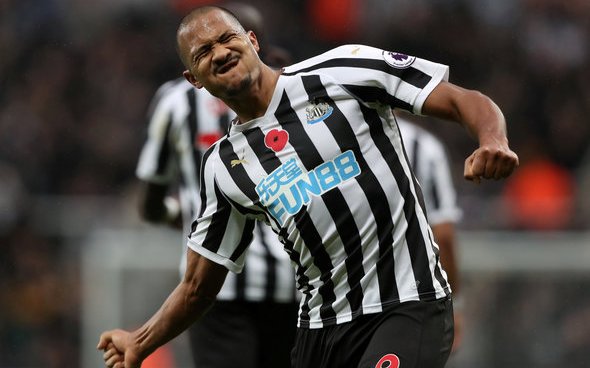 Newcastle United legend Malcolm MacDonald has urged attacker Salomon Rondon to bully Burnley into submission when he faces them on Monday.

The 68-year-old who scored 95 goals in 187 outings for the Magpies to give himself iconic status at the club shared that he wanted the Venezuelan forward to follow his example from the 1974 semi-final of the FA Cup.

MacDonald shared he loved bullying Burnley’s defenders in that clash and wanted Rondon to do the same by using his physical strength.

“Rondon is the key to this side because he gives what had been missing so much from United’s team this season,” wrote the player affectionately known as SuperMac in his Chronicle column.

“However he must get at Burnley and bully them into submission in the way he did Bournemouth last time out.

“I loved bullying Burnley’s two central defenders in the semi-final of the FA Cup back in 74 when my two goals took us to Wembley and Rondon can turn the clock back and do exactly the same. Not through pace but physical strength.”

Rondon, who earns an impressive £60,000-a-week at St James Park (Source: Spotrac), has made a notable impression in his last two outings for the Magpies and is more than capable of bulling Burnley on Monday. Rafa Benitez’s side have been screaming out for a capable forward to lead their front line for ages and it seems that Rondon is willing to answer their cries. While Rondon is still in the early stages of his Magpies career after joining from West Bromwich Albion on loan in the summer, he does look like having the skillset to make Benitez’s life easier at the club. The 29-year-old can hold the ball up and power his way through defences to have a shot on goal, which means he is ideal for the Magpies. If Rondon continues to deliver the goods, starting with Monday’s clash with Burnley, then the club must try to sign him on a permanent basis. It will be frustrating if he settles into life at St James Park, only to be gone in the summer.