Rondon may regret his inadvertent dig at WBA 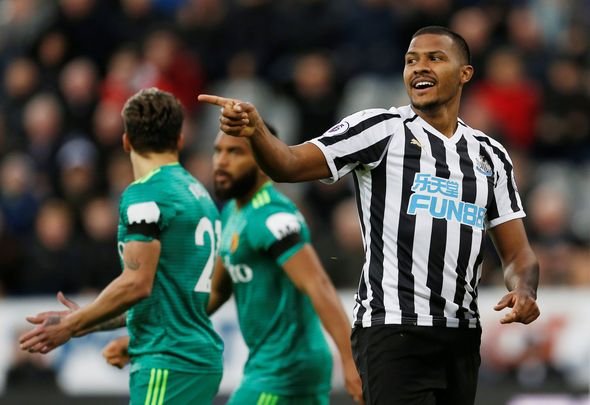 Newcastle United forward Salomon Rondon clearly wants to be a success at St James Park but during his eagerness to get on the fans’ good side, he took an inadvertent dig at West Bromwich Albion.

The 29-year-old attacker hasn’t had the best start to life at the Magpies as an injury has stopped him from featuring as much as he would have liked, but clearly he wants to be successful at the club.

Rondon in a recent interview shared how he was impressed by Magpies supporters due to the level of noise they make, and these comments will not be well received by supporters of WBA.

“It was great to hear that,” said the forward, as quoted by the Chronicle.

“The crowd uplifted me. When you are playing it is an unbelievable feeling to hear the Geordies singing for you.

“The atmosphere is amazing. It helped us keep fighting and get three points.

“The atmosphere is the best I have experienced in my career.

“When I came here with West Brom I could not believe it, to hear them singing the whole game and supporting the team, I just thought: ‘Wow that’s fantastic that’.”

While dubbing St James Park as the best atmosphere he has experienced in his career is valid, given that he is only at the Magpies on temporary basis then it would have been wise to steer away from such comments.

The 6ft 1in forward (Source: Transfermarkt) is only on loan at the Magpies and Chronicle reporter Mark Douglas previously shared during a question and answer session for the newspaper that the club were unlikely to sign Rondon permanently.

Given that West Bromwich Albion extended the forward’s contract with them by a year, as reported by the Daily Mail, Rondon has created a perilous situation for himself as he is likely to have to face the Baggies fans again.

They will no doubt not welcome the forward back with open arms after hearing him wax lyrical about the Magpies and will no doubt create a rather unpleasant environment for him if he does pull on the shirt again.

When you consider that Rondon believes a positive crowd helps him, that sort of atmosphere isn’t going to see him flourish to get Baggies fans back on his side if he does play for them again.

This all means that Rondon has taken a huge risk by gushing about the Magpies because as it stands he seems to face an uphill battle in getting them to sign him permanently to stop him being a WBA player.