Diame being handed new deal is a blunder 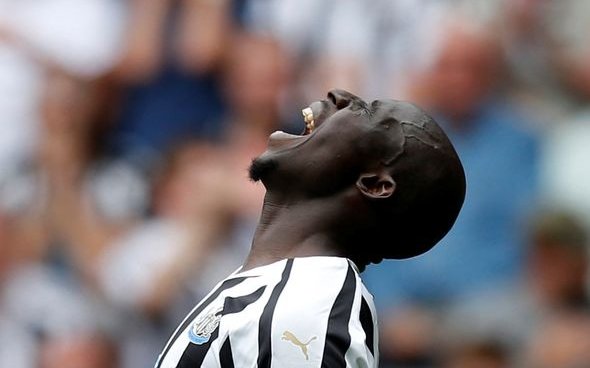 It seems Newcastle United made a blunder behind-the-scenes when putting together the contract for midfielder Mohamed Diame to sign upon joining from Hull City in 2016.

The Chronicle reported on Monday that the 31-year-old central midfielder was on course to win a new contract as there was an easily trigger-able clause in his current deal.

The newspaper revealed that when Diame put pen to paper on the deal he signed when joining that there was an agreement put in place that would see him earn an extension if he played a specific number of games.

The veteran midfielder is on course to hit that requirement this season and it’s very likely he will, given that he has been a regular fixture of Rafa Benitez’s side.

Yet clearly it was a blunder to put such a clause in his deal as the upcoming summer, when his current deal is due to expire, would have been the perfect time to get the midfielder off the club’s books.

Diame has been a liability in all of his 11 appearances, bar the second half of the recent 1-0 win over Watford, this season and has looked a yard-off-the pace.

The experienced midfielder has struggled to win the battle for the ball in midfield and given his age, you wouldn’t back him to be able to turn his form around in order to be a consistent force in the team for the foreseeable future.

Benitez appears to be keeping the faith in Diame because of his limited options rather than the midfielder earning his place in the starting line-up.

With that being the case the midfielder will likely be kept around at St James Park for longer than 2019, just due to this clause being inadvertently triggered due to the Magpies not having several midfield options.

Therefore while the clause being included upon him signing would have raised eyebrows, it has now emerged as a blunder due to the first-teamer regularly proving he can’t be relied upon.