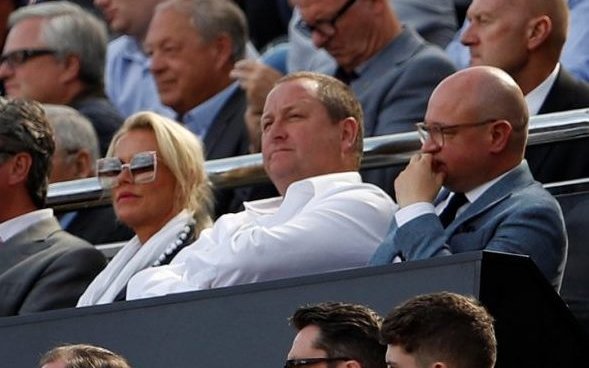 Former Newcastle United boss Kevin Keegan has sent a message to owner Mike Ashley in regards to the future of the club.

He has urged Ashley to recognise that it is time to move on from the Toon, and believes that the business tycoon should just sell up and stop treating Newcastle like one is his stores.

His demand comes after a report by the Daily Mail which said that Ashley told manager Rafa Benitez and his players on Wednesday that he is not going to sell the club this season, as no one has met his valuation.

“Sell the club,” Keegan said on Talk Sport when asked by presenter Jim White what his message for Mike Ashley was.

“Mike Ashley cannot treat Newcastle United like one of his shops.”

It is no secret that Kevin Keegan is not one of Ashley’s biggest fans, and he has only gone to reinforce this with this three word demand. He is essentially sending a message to Ashley that matches exactly what the fans want to say to him themselves – but it does not look like he is going to cut his losses and sell up any time soon. As the Mail report said, the owner even made it clear to Benitez and the squad on Wednesday that he is not going to sell the club this season, as no one has met his asking price. This will obviously be a blow to the supporters as well as Keegan, as they want him out as fast as it is possible. Keegan can live in hope that a potential buyer will come along and table an offer that Ashley cannot refuse – but he cannot get his hopes up just yet. Ashley can be unpredictable – so who knows what the future holds for United.