Ki must be unleashed 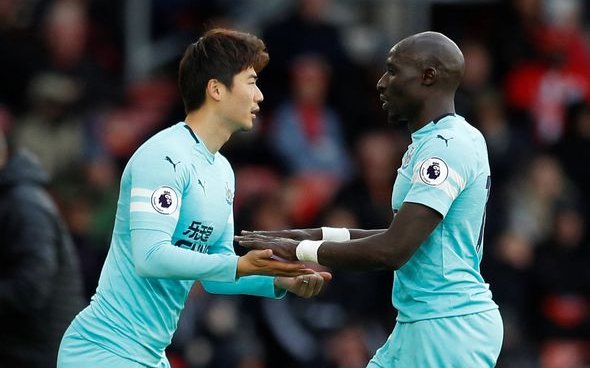 Rafa Benitez has steered away from regularly using Newcastle United midfielder Ki Sung-yeung  this season but that needs to change after the player’s cameo against Southampton on Saturday.

The 29-year-old was brought on to replace the struggling Mohamed Diame in midfield in the 76th minute of the 0-0 draw with the Saints and stood out for all the reasons.

While Ki’s entry into the game didn’t lead to his side snatching their first win of the campaign, it wasn’t due to a lack of him trying.

The midfielder was making only his third league appearance of the season after being rarely-used by Benitez despite his side continuing to struggle, and he made a case for why he should start.

Ki was chomping at the bit to impress and trying to get on the ball whenever possible, it was clear that he had the right attitude and wasn’t accepting that his side should settle for a point.

The Magpies’ first-team is crying out for players who want to take the initiative as well as force their side to victories and Ki’s brief cameo showed that he was a player who would potentially do that.

The summer recruit has no doubt been frustrated by his lack of opportunities at the club and seems to be playing like he has a point to prove.

Given this Benitez must truly unleash the rarely-used player by starting him in the Magpies’ next game against Watford as he could be the enthusiastic presence needed to spark life in this struggling team.

The Spanish manager may for some reason prefer Diame but the veteran midfielder has been well off-the-pace this season and could do with a spell on the bench to perhaps inspire him to up his game.

This means that Benitez has to give Ki the opportunity to showcase what he can against the Hornets by properly giving him a fair chance by starting him in Saturday’s game.