Newcastle must go after Trossard 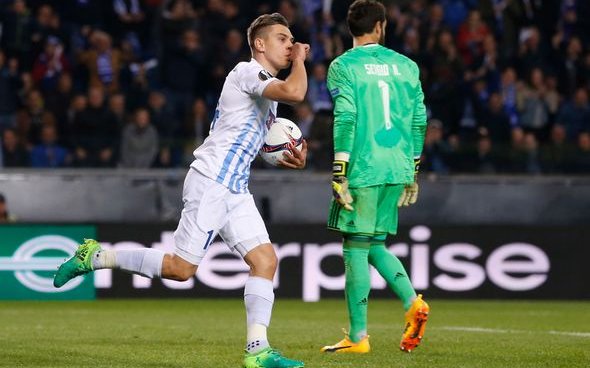 Newcastle United must hijack Southampton’s reported pursuit of Genk winger Leandro Trossard as he could solve their problems in front of goal.

According to Calciomercato the Saints have set their sights on the 23-year-old Belgian winger but he would be absolutely perfect for the Magpies instead.

Rafa Benitez’s side have not racked up a win across any competition this season and a lot of this has to do with them struggling to score goals.

While the Spanish manager needs to addresses this problem as soon as possible, he needs to act in the January transfer market in order to bring a clinical finisher at the club.

Given that Trossard has scored 15 goals in 17 games across all competitions this season then clearly he is a player the Magpies must at least attempt to welcome to St James Park.

The 23-year-old’s lack of Premier League experience may make his price tag a little more achievable for the Magpies than other targets and he could really prove himself at the club.

While eight of Trossard’s goals have come in the Belgian top-flight while playing for Genk, it’s worth noting he has scored seven in seven while competing in the Europa League with them.

Being able to score with ease in the Europa League this campaign proves Trossard’s quality and knack for being a clinical finisher, so it’s easy to imagine that he could succeed at the Magpies.

Trossard clearly isn’t a one-season wonder either as while he is currently in red-hot form, he also contributed goals and assists to Genk’s cause last season.

The Belgian winger scored eight, while creating four, in his 19 appearances across all competitions and it seems that he is getting better and learning from his experience in order to improve.

Therefore this all means the Magpies must hijack their Premier League rivals reported pursuit of Trossard as the clinical finisher could bag the goals needed to get Benitez’s side points after being potentially recruited.