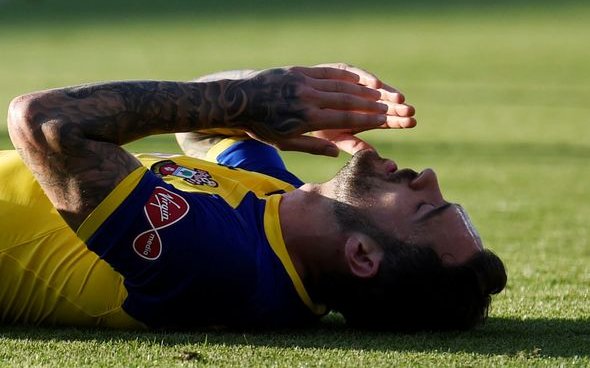 Jermaine Jenas believes Southampton have players who can score and that’s the worrying thing for Newcastle United ahead of the two sides meeting on Saturday.

The former Magpies player shared that he thought Mark Hughes’ side would go into Saturday’s match at St Mary’s full of confidence and are right to do so as they have the players to get a result.

Jenas pinpointed that he thought the Saints’ ability should not only worry the Magpies in their upcoming clash, but it could be what saves them from relegation come the end of the season.

“I think they’ll (Southampton) be full of confidence going into this game,” said Jenas on BBC 5 Live Radio, as seen in a clip on the broadcaster’s official Twitter account.

“And it’s what would probably end up saving them come the end of the season.”

Jenas’ verdict on Southampton shows two things, firstly he believes they probably will avoid relegation this season and secondly he clearly thinks they have a better strike force than the Magpies. Both teams have scored six league goals ahead of meeting each other on Saturday and Jenas doesn’t exactly claim the Saints should be worried about the Magpies’ goal threat. It’s clear he thinks the Saints have the strikers, even if they’re currently misfiring, to get the goals needed to stay in the Premier League and his lack of remark on Rafa Benitez’s current attacking options shows he probably thinks they will struggle to score. Saturday’s clash between the Magpies and Saints will be very telling about who should start to panic about their Premier League future, despite it being the early stages of the campaign, as you feel which ever side loses, will be fearing the worst as both clubs will be viewing this clash as winnable.