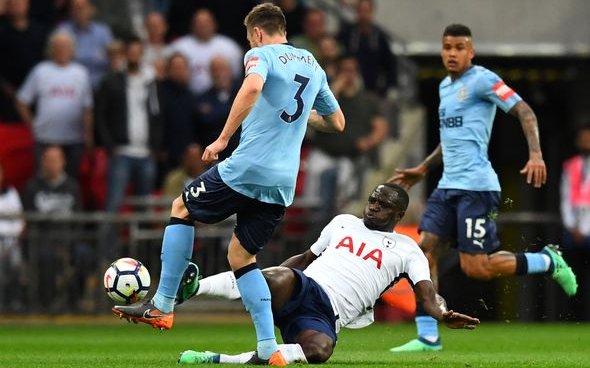 Newcastle United left back Paul Dummett recently pulled out of the Wales squad with injury, having missed the club’s last two Premier League games with injury.

And while the player will be disappointed not to have the chance to represent his country, his withdrawal is a big boost for Rafael Benitez.

The Spaniard was forced to field right back Javi Manquillo out of position on the left in the 3-2 defeat to Manchester United on Saturday; not an ideal situation.

Aside from Achraf Lazaar, who has seemingly been relegated to youth team football, Benitez doesn’t have any genuine left backs in his first team squad other than Dummett.

That is an untenable situation for any Premier League side and is something that desperately needs addressing in the January transfer window.

In the meantime, however, everyone on Tyneside will be praying that Dummett makes a full recovery from his hamstring problem over the international break.

The 27-year-old, on a reported £28,000-per-week at St James’ Park [Source: Spotrac], has become a mainstay for Benitez over the last couple of seasons and he has improved immeasurably.

For the club to be without him for their clash at home to Brighton & Hove Albion on October 20 would be disastrous. We saw last Friday what Brighton winger Anthony Knockaert could do as he terrorised West Ham left back Arthur Masuaku; it’s likely he would do the same thing to Manquillo if Dummett’s not back in time.

Dummett’s withdrawal is only thought to be precautionary and he will continue his recovery on Tyneside, and Benitez will have his fingers crossed that he’s back in training before too long.