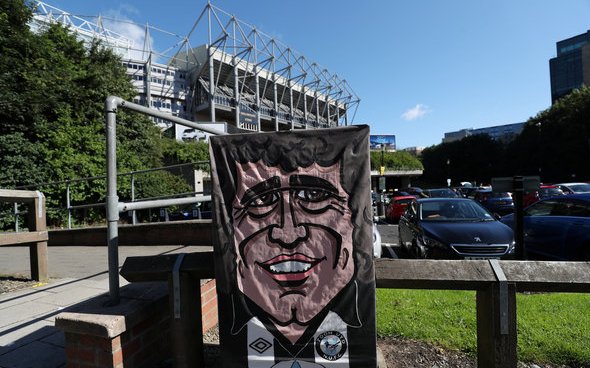 A number of Newcastle United supporters have been reacting with disbelief to Tony Jimenez’s claim that Kevin Keegan turned down the chance to sign Karim Benzema.

The former Magpies vice president told The Times that Keegan rejected the opportunity to purchase Benzema, Daniel Sturridge, Hatem Ben Arfa and Samir Nasri during his second spell at the club.

However, the Newcastle fanbase have unsurprisingly poured cold water on Jimenez’s claims, backing Keegan in his war of words with Jimenez.

Nothing But Newcastle has rounded up some of the best tweets below.

Hahahahahahaha jesus christ if you’re going to lie about Kev, make it believable. If he did try to sign benzema it would have been like the whole schweinsteiger thing where kev was stitched up again.

Begs the question if he bought Xisco behind KKs back why didn't he buy Benzema ? Bloke should never have been around the club, another Mike Ashley "pal" given a that needed a professional. Nothing changes.

So Jimenez has crawled out if his hole then. Who the hell would believe him!!!!

In 2008 Benzema was being chased by the European elite after some top performances in the Champions League.

Keegan likely knew that Ashley goes for unrealistic targets so he can say 'we tried'.

It is the deceitful hallmark of his ownership. #NUFC

You can totally understand where the Newcastle supporters are coming from here. They have been repeatedly lied to and made a fool out of by the Magpies hierarchy and so they were never going to believe Jimenez over a club legend like Keegan. The last tweet makes the most sense. It’s likely that the Newcastle decision-makers knew they wouldn’t realistically be able to sign the likes of Benzema, but they were protected by being able to say that they tried to bring in high level transfer targets. Newcastle were never going to be able to sign the France international, he was earmarked by top clubs from the moment he broke through at Lyon, so for Jimenez to present Benzema as a transfer target to Keegan was complete folly. Obviously the only two people who truly know what happened are Jimenez and Keegan, but you can completely understand why the Newcastle fans have taken their former manager’s side.