Keegan won’t return to Newcastle until Ashley has gone 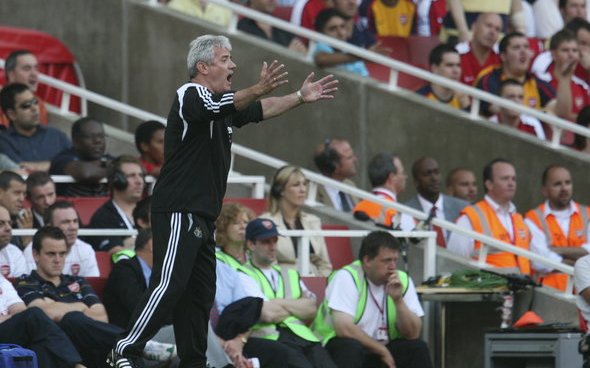 Former Newcastle United manager Kevin Keegan has slammed the club’s board and owner Mike Ashley, saying he will never return until they are gone.

The ex-England boss played for and had two spells in charge of the Magpies, but has revealed that he cannot stand to be around the city any longer.

“They have made a toy out of Newcastle,” he said in his upcoming book ‘My Life in Football’, as quoted by the Sun. “As much as it pains me to say it, I have no desire to be associated with the place for as long as that continues. I will gladly return when they have gone.

“I look forward to the day when Newcastle is free of the man who has lurched from one bad decision to another, run an empire of self-harm and handed money and power to people who deserved neither. I don’t want to share my oxygen with these people.”

Everyone expected Keegan’s new book to contain some explosive nuggets about Newcastle, and it seems that the man has not held back in the slightest. His disdain for Ashley and his cronies is clear, and his assessment of the Sports Direct tycoon’s time in charge of the club is withering to say the least. Keegan’s second departure from the club was acrimonious in the extreme, with Keegan eventually winning £2million in damages from the club in relation to his dismissal. That sort of thing could only happen to Ashley’s Newcastle, and it seems to have driven a club legend into exile. Keegan’s return is just one more reason for supporters to wish for Ashley’s departure, as everyone involved with the club will be keen to see their former manager back on Tyneside. There will likely be more Newcastle-related soundbites once Keegan’s autobiography is released. Ashley won’t be looking forward to that day, that’s for sure.