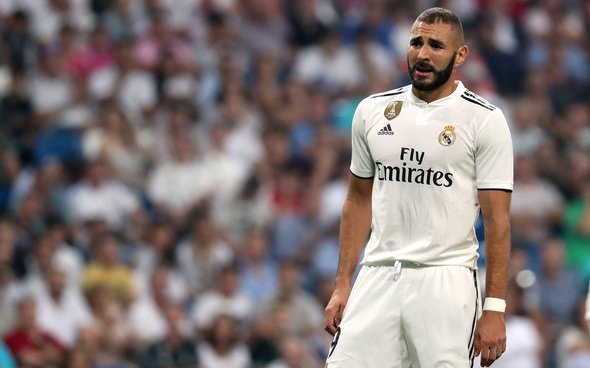 Former Newcastle United vice president Tony Jimenez has said that Kevin Keegan turned down the chance to sign Karim Benzema and Daniel Sturridge during his time at St James’ Park.

Jimenez has come in for criticism from Keegan in his new autobiography ‘My Life in Football’, but he has hit back against the former Magpies boss.

“The other player we were really keen on was Daniel Sturridge,” Jimenez told The Times. “He said he’d had him as a kid at Man City and that he wasn’t good enough for League One.

“He didn’t want Hatem Ben Arfa or Karim Benzema either. We asked Kevin for a list of players for every position, bearing in mind he had £25 million to spend. Our list included Benzema and Ben Arfa who were young players at Lyons, as well as Samir Nasri. Kevin took one look and called them all chancers.”

Who knows what to make of the Keegan-Jimenez war of words? If what Jimenez says is true, though, then this was a massive blunder by Keegan. To have been able to bring in the likes of Sturridge, Benzema, Ben Arfa and Nasri at a young age would have been terrific for the club. Sturridge, on a reported £120,000-per-week at Anfield [Source: Spotrac], would have been a great purchase at the time, but it sounds like Keegan’s experience of working with him at City was a negative one. The biggest blunder of the above players would have to be Benzema, though. The France international has gone on to be a phenomenal player for Real Madrid, winning multiple Champions League trophies and outlasting the great Cristiano Ronaldo in the Spanish capital. Needless to say, he would have been a massive success on Tyneside. But who knows what to believe in this Keegan-Jimenez saga?

Nothing But Newcastle | 55 mins ago