Newcastle must beat Burnley to Clucas 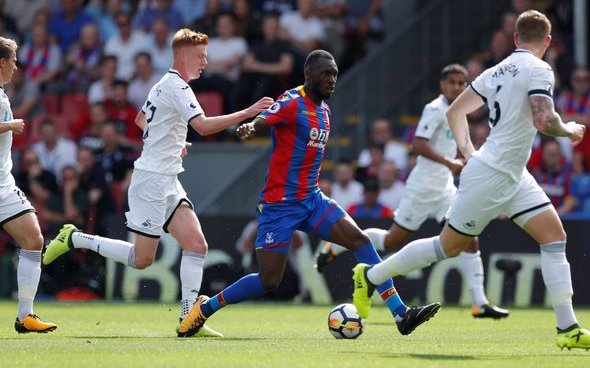 According to Sky Sports’ Live Transfer Blog (Thursday, 13:24)  Sean Dyche’s side have submitted an £8million offer for the 27-year-old who scored three goals in 29 league outings for the Swans last season.

While Clucas may not have been able to stop the Welsh club from suffering relegation, the 27-year-old would definitely be able to have a positive impact at St James Park if recruited.

Clucas, who earns £50,000-a-week on his current Swans contract (Source: Spotrac), is a proven Premier League performer, having played 66 times in England’s top-flight, and can play a variety of positions.

Clucas is able to easily adapt to doing whatever role his manager requires of him and given that Benitez is unlikely to welcome several new faces this summer due to his limited budget then making an £8million investment in Clucas would help him deal with that tough situation.

The 27-year-old, who is a sublime passer of the ball, would ensure that several positions had cover in place following his arrival just in case players are struck down by injury after the seasons gets underway.

Clucas is also capable of establishing himself as a regular member of Benitez’s first-team as he has previously proven in the Premier League that he is consistently able to have a positive impact on games for his side.

While he may not register tons of goals or assists, the midfielder always puts in a shift to aid his side’s cause and the Magpies manager would no doubt love another player of that mould to arrive.

Therefore the Magpies must hijack their Premier League rivals Burnley’s bid for Clucas as if he arrived at St James Park then he would instantly improve the options available to Benitez.