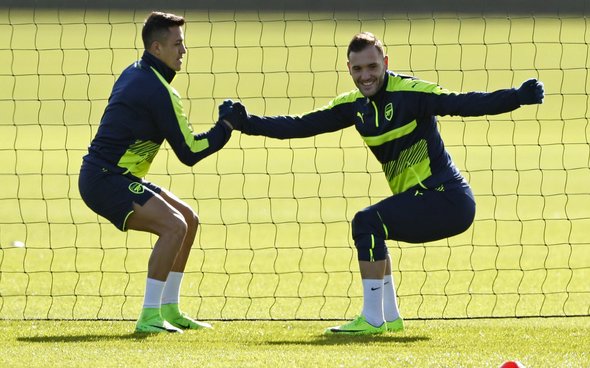 Newcastle United are again enduring a hugely disappointing summer window as owner Mike Ashley continues to tighten the pursestrings despite their successful return to the Premier League.

Lofty ambitions of a challenge on the European places has now been replaced by talk of another relegation battle, and at this rate, another season towards the bottom of the table is looking the likeliest outcome for the Magpies.

However, if there is anyone that is capable of leading the club through these tough moments it is Rafa Benitez, and there will still be some brilliant deals that are available to the Spaniard in the coming weeks.

And, according to Goal, there are two potentially brilliant signings for the club who are looking likely to move this summer, and Benitez must take advantage.

The website report that Arsenal boss Unai Emery is set to offload several members of his first-team squad, including Lucas Perez and Nacho Monreal.

Striker is a position of priority for Benitez this summer, and left-back is another area in which the Spaniard is looking to bring in a new face, meaning both men offer the club what they are looking for.

While Perez has failed to impress for the Gunners since joining from Deportivo La Coruna in 2016, his record for the club still stands at one goal in three games, which is goalscoring form that Newcastle are looking for.

The 29-year-old still has decent pace, and his finishing ability is unquestioned on his favoured left foot. While he may not be a world class option, Newcastle will have to compromise this summer, and Perez may be a good option.

Monreal is a player who represents far less risk than Perez, with the Spain international displaying really good form for the Gunners in recent seasons.

The 32-year-old is not getting any younger, but he would still be able to offer the Magpies at least two years of good service, and Paul Dummett is badly in need of some competition on the left side of defence.

With Perez never hitting the heights for Arsenal and Monreal having just a year left on his deal, this is a double swoop which the Toon could definitely afford.

Benitez must recognise this before it’s too late, with several clubs sure to be interested in both players, and the club must make their move as soon as possible.