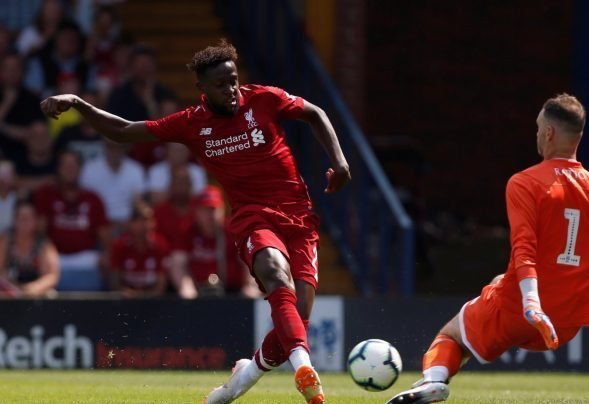 Newcastle United must swiftly end their pursuit of Divock Origi after it was reported that Liverpool were set to demand £27million for his services.

Anfield HQ journalist Oliver Bond previously claimed via his personal Twitter account that the Magpies were interested in signing the Premier League attacker on a permanent basis this summer.

It was also reported by the Northern Echo that the Magpies were indeed interested in Origi but that they were looking to secure him on loan rather than ensure his long-term future was at St James Park.

However while there were mixed reports about whether Rafa Benitez wanted the forward on a permanent or temporary deal that is irrelevant as either way the Magpies should end their pursuit and stop wasting their time thinking him about him.

The Daily Mail reported on Tuesday that Origi would be allowed to leave and that he would cost any potential club £27million if they wished to purchase him.

Given that Valencia are thought to be keen then the Reds would no doubt prefer to sell him then loan him out, as he spent last season on loan, which means the Magpies wouldn’t be able to easily secure a deal to borrow his services.

While the Magpies should be aiming to spend big on an attacker this summer, it would be reckless for them to spend £27million securing Origi on a permanent deal as his previous record in the Premier League hasn’t exactly been nothing to write home about.

The 23-year-old forward, who can also dabble as a winger, has only managed to score 12 goals in 51 Premier League appearances despite playing for an attack-minded team like the Reds.

The Reds have always been set-up in recent years to score goals for fun so if Origi can’t deliver the goods at Anfield where everything is designed to aid him, then he won’t be able to deliver the goods for Magpies when his teammates are relying on him.

Also while Origi’s ability to flourish in the Premier League is questionable, he also showed last season while at Wolfsburg that he isn’t the most consistent performer even when playing in another country.

The 23-year-old had periods of the season where he looked fantastic and then followed those periods up by submitting displays that had you questioning whether he was good enough for top-flight football.

Therefore the Reds’ £27million price tag for Origi is simply absurd as not only has he failed to deliver the goods in England, he has only shown glimpses that he is a worthwhile attacker for a club to have.

The Merseyside giants seem to be basing his price tag off the odd great performance that he has occasionally put in and the Magpies would be fools to pay it.

This means that while the Magpies should splash the cash on getting a forward to improve their side this summer, it shouldn’t be Origi as his price tag is absurd.