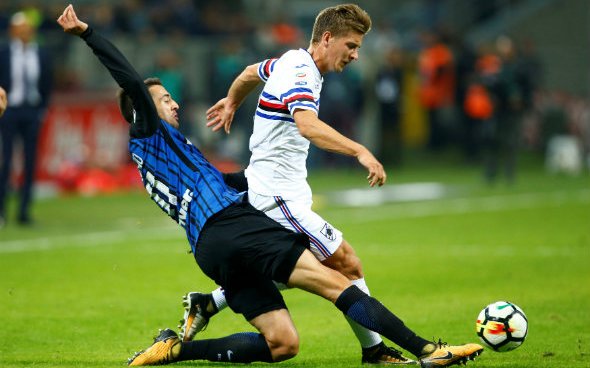 Newcastle United remain interested in Sampdoria midfielder Dennis Praet after submitting a bid for the 24-year-old last summer, according to Calciomercato.

The Italian football site report that the Serie A side are planning on using the sale of Praet and Lucas Torreira to finance their summer spending, with the Belgian having a release clause set at around £23million.

Calciomercato claim that Newcastle remain in the hunt for Praet a year after their bid last summer, but the central midfielder is said to prefer a stay in Italy, and is not enthused by a move to England.

Praet has long been considered one of Belgium’s most promising young players, and while he has not necessarily lived up to that billing yet, the 24-year-old is still a real talent.

Newcastle’s long-standing interest in him is therefore no surprise, and the club could do with a player like him now more than ever before.

His dribbling ability far exceeds any player that the Magpies currently have in their midfield ranks, and that allied with Jonjo Shelvey’s passing and Mo Diame’s work rate would make them far stronger in the middle of the park.

Nothing but Newcastle rating: 8/10

There are simply too many obstacles to this one going through, with Praet firstly said to want to stay in Italy while also being far from keen on a move to England.

The competition for his signature, with Juventus and Napoli in the mix, looks to be far too strong for Newcastle to compete, with several Premier League sides also in the hunt.

And, even if Newcastle were in with a shot, there is little chance that Mike Ashley would sanction a £23million move for anyone this summer.

Nothing but Newcastle rating: 1/10