Newcastle must jump ahead of Watford for Vokes 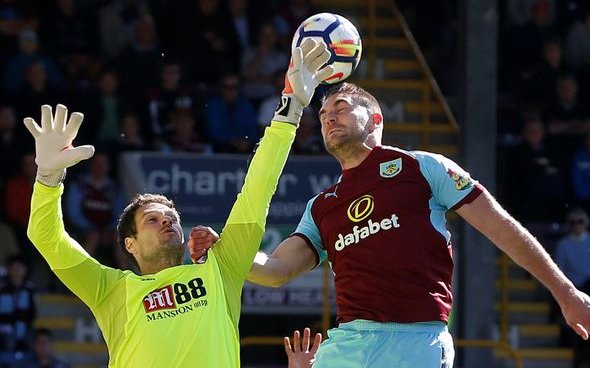 Newcastle United must beat Watford to the punch by swooping for Burnley forward Sam Vokes before the Hornets have a chance to make a bid for him.

The Daily Mirror Live Transfer Blog (Thursday, 11:13) report that Watford are ready to bid for the 6ft 1in tall forward (Transfermarkt) if they opt to sell Troy Deeney in this window.

It is believed that the Hornets are considering cashing in on Deeney and that they see Vokes as a possible replacement for their 28-year-old.

However the Magpies should beat their Premier League rivals to the punch and swoop in to secure the Burnley forward for themselves.

Vokes would easily see Rafa Benitez’s problems in front of goal solved as the 28-year-old, who has 59 caps for Wales, is more than capable of delivering the goods if given the opportunity.

While he may only currently have 14 goals in 90 Premier League appearances, his performances last season prove there are more goals in him.

Vokes ended his 2017/18 campaign with four goals in 30 league outings but he only played 90 minutes in four of those games.

In one of the rare games where he was afforded to play the full 90 minutes he scored 50% of his league goals for the season.

This match was the opening game of the 2017/18 campaign against Chelsea where he scored a brace to kick-start what would be a monumental season for his side.

So it’s logical to suggest that if he was allowed more minutes on the pitch and not regularly used from the bench then goals in the Premier League would follow for him.

Benitez could easily hand him this opportunity and given the chances that constantly fell at the feet of the Magpies’ current attacking option last season, Vokes would be drowning in goals by the end of the 2018/19 campaign if he was at St James Park.

Therefore given the Hornets are still deciding whether to sell Deeney which is affecting them making a bid for Vokes, the Magpies should take the initiative and secure his signature now to solve their problems regarding the position of forward.