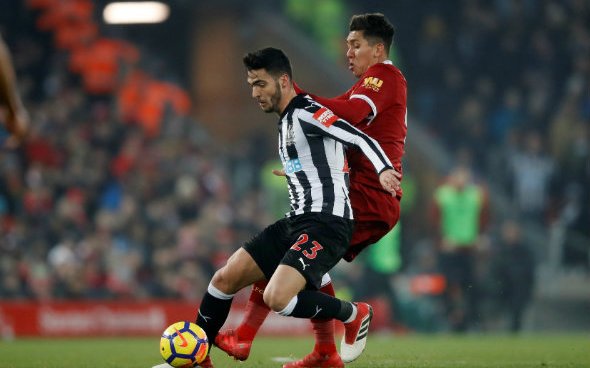 Newcastle United midfielder Mikel Merino is set to jet in from the United States next Monday to seal his imminent transfer to Real Sociedad, according to AS.

The Spanish newspaper claim the La Liga club have agreed a £10.5million fee with the Magpies for the 21-year-old and both teams are now negotiating the payment terms.

AS report that Merino has indicated to Sociedad he will accept the five-year contract they have offered and will put pen to paper when he returns from his holiday in the US on Monday ahead of an official unveiling next week.

What a shame for Newcastle fans that Merino is quitting the club so quickly. He only joined last summer, initially on loan from Borussia Dortmund before making such a big impression that United converted it into a permanent deal in November for a fee of around £7million. The midfielder, who stands at 6ft 1in (source: Transfermarkt) is clearly not a patient individual and is not willing to hang around and wait for his chance. Merino lost his regular starting spot in the middle of the campaign and was unable to either regain his early season form or disrupt the favoured central midfield combination of Jonjo Shelvey and Mohamed Diame. A profit of just over £3million will please Mike Ashley and the board, but is not huge in modern day terms. Merino has the potential to be a Spain international in the future and there is a strong sense that Newcastle are letting him go too cheaply and far too prematurely.