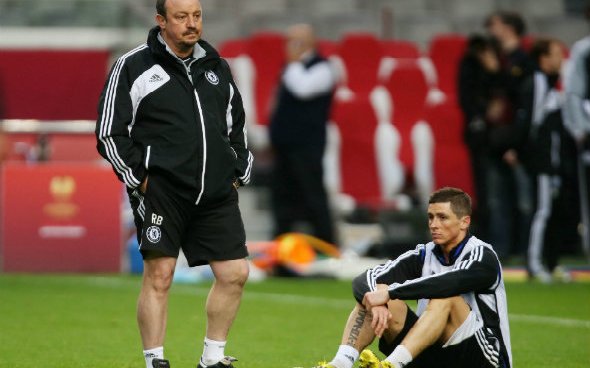 One of the more surprising transfer stories of this weekend has been reports linking former Liverpool and Chelsea striker Fernando Torres to a reunion with Rafa Benitez at Newcastle United.

Benitez has confirmed that a swoop for Torres is indeed attractive for the Magpies, saying to Spanish publication Marca: “I think it will be harder for him to come for him, not because we don’t want to. I don’t know what’s going on in his head, but maybe he is thinking about something else.

“It would be appealing, but I don’t think it would be easy.”

And, while the Toon Army may be licking their lips at the possibility of seeing Torres grace the St. James’ Park turf, a swoop for the 34-year-old Champions League winner makes little sense for the club.

Torres is well past his best, with his trademark burst of pace from his younger years now disappeared, and his effectiveness in the Premier League would be highly questionable.

The 110-cap Spain international netted just eight goals in all competitions this season for boyhood club Atletico Madrid, where he is preparing to leave for a second time.

Newcastle are in desperate need of a striker, there is no denying that, but a swoop for someone like Torres would be indulgent and unnecessary, and would jeopardise the progress made by the club this season.

His experience would be brilliant to have around the squad, but paying his £67,000-a-week wages solely for that is pointless, with footballing matters more important and Torres surely destined to be a St. James’ Park flop.

The Magpies need a striker who will come in this summer and bang in at least 15 goals next season if they are to challenge for a European spot, and Torres will unfortunately be unable to do that.

Benitez must therefore bin his interest in Torres and take his money elsewhere this summer, with the consequences looking great if he fails to do so.