Newcastle should move for Fernandes 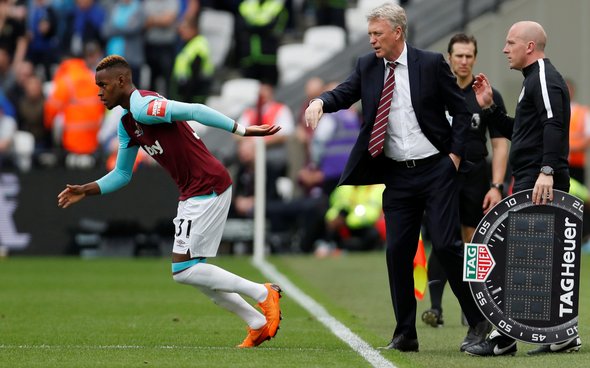 Newcastle United must intercept West Ham’s trip to the scrapheap to dump off Edimilson Fernandes as with a little Rafa Benitez magic, he could be a bargain signing this summer.

The Times reported on Tuesday that Hammers were ready to part company with the 22-year-old central midfielder, along with three others, in order to bolster Manuel Pellegrini’s transfer budget.

With Fernandes clearly not valued at the London Stadium, the Magpies should quickly swoop as they will no doubt be able to get him at a respectable price, as Pellegrini will want the funds fast in order to establish his vision at the Hammers.

The 22-year-old only joined the London-based Premier League club in 2016, arriving from Swiss side FC Sion, and it’s very harsh that he is already reportedly set to move on.

Fernandes has played 44 times for the Hammers, including 16 times in the recently concluded season, and given his lack of experience of English football before joining, his spell hasn’t been that bad.

While the midfielder has been inconsistent with his performances, given his age there has still been enough glimpses of his talent to show that he could regularly feature in the Premier League.

If he had the right manager capable of unlocking his full potential on a regular basis, he would be an asset to the majority of the team’s in England’s top-flight.

Luckily for the Magpies, Benitez is a manager who has constantly shown throughout his career, his ability to transform underachieving players into the footballers their talent warrants.

There’s host of examples currently seen in his side at St James Park, such as Paul Dummett, Ayoze Perez and even Jamaal Lascelles who looks worthy of top-six side now.

Fernandes’ arrival at St James Park would be a welcomed one, if Benitez could get him consistently performing, as his ability to hold onto the ball would add a steely presence in the heart of midfield.

The midfielder who stands at 6ft 2in tall, according to Transfermarkt, is also ridiculously versatile if needed, as he can play as a deep-lying midfielder, attacking midfielder, central midfielder as well as feature on either wing.

Therefore given Benitez’s talents for transforming players if he rescued Fernandes from the Hammers’ scrapheap, the Magpies manager would surely make him one of the bargain signings of the summer, when it came to reflecting on the decision to sign him.