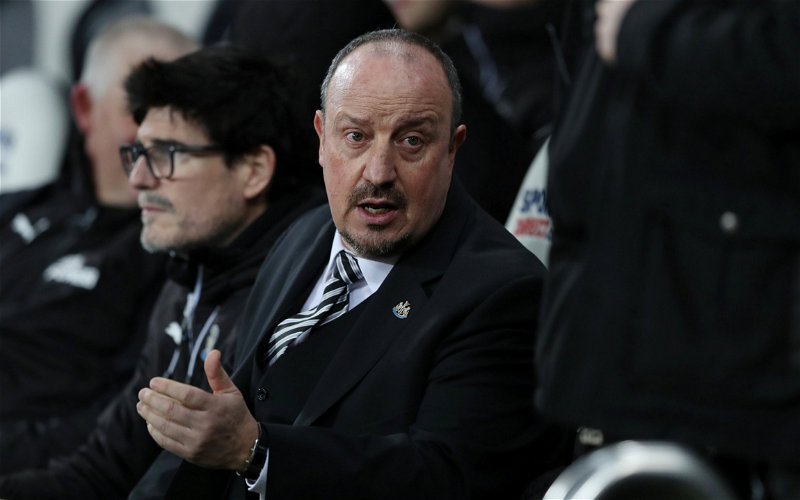 Newcastle United manager Rafael Benitez reportedly has a 50-man striker shortlist this summer, but he can rip that up and make a move for Derby County’s Matej Vydra.

The Chronicle reported on Tuesday that the Magpies boss has over 50 potential targets to help bolster his attack, with a range of prices considered.

Benitez needs some more ammunition in attack to help support Dwight Gayle and they should consider looking at the Championship.

The Telegraph reports that Derby are resigned to losing attacker Vydra after their play-off failure and are set to demand at least £8million for his sale this summer.

Vydra is a 5ft 9 (source: Transfermrkt) striker that has proven he is clinical in front of goal and there is every chance he could be a major success at St James’ Park if given the chance.

Newcastle should stump up £8million for the Czech Republic international and that would be a very cheap sum for a goalscorer in the current market.

Vydra managed 22 goals in 44 appearances for Derby this season in all competitions and can be a deadeye in front of goal.

The skilful attacker has only had a brief taste of top-flight football in England and deserves another crack, with his track record of 65 goals in 187 Championship games impress.

He could be a real bargain buy for Newcastle if he hits the ground running and would surely thrive off service from the likes of pass master Jonjo Shelvey.