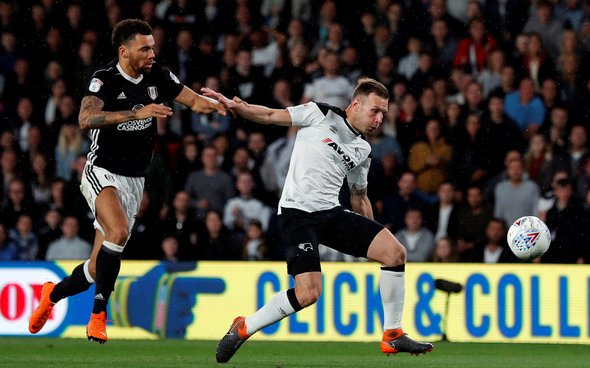 Widespread reports in the last 24 hours claim the Hammers are close to wrapping up the capture of the right-back in what would be their first summer signing.

Hammers blog Claret and Hugh claim Fredericks will jet in from Las Vegas for talks with West Ham hierarchy on Monday and that the club believe they can ‘out-bid’ Premier League rivals on personal terms.

The Daily Mail report Newcastle are one of the clubs interested in Fredericks, who has been offered a deal to remain at newly-promoted Fulham.

Rafael Benitez’s team should put the foot down on the accelerator and look to blow West Ham out of the water with the capture of the 25-year-old.

Fredericks has the pedigree of a Tottenham academy product and has just come back off the best campaign of his career in which he was named in the Championship team of the season.

A rampaging right-back who is searingly quick and has the sort of assists record that Kyle Walker and Kieran Trippier would not turn their noses up at, he would provide the much-needed full-back cover Newcastle require.

Fredericks also has the huge advantage of being a free transfer, which is certain to appeal to the cash-conscious Magpies top brass.

To blow West Ham out of the water, Newcastle would need to offer a lucrative package and a multi-million pound signing-on fee.

It is a deal that could pay huge dividends if they can get it done.