Newcastle must move for Roberts 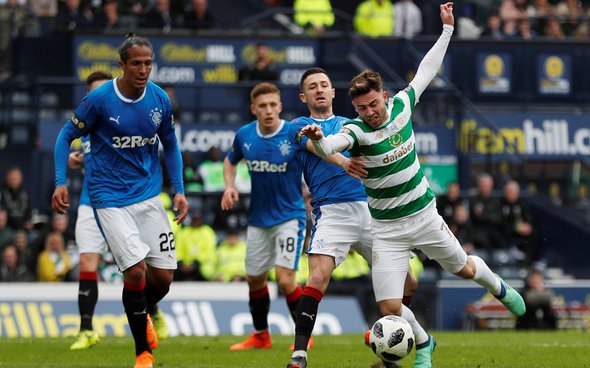 Newcastle United must hijack Premier League rivals West Ham and Leicester City’s reported interest in 21-year-old Patrick Roberts as he would light up St James’ Park with his ability.

The Daily Express reported that the Hammers and the Foxes had set dates to make bids for the Manchester City winger and were planning on making moves for him after his loan spell at Celtic concluded.

The newspaper claimed that Roberts was set to sign off at the Hoops after Saturday’s Scottish Cup final against Motherwell and return to Man City later this month.

It is believed that he is valued as being worth £15million and the Magpies can’t afford to miss out on signing such a talented trickster for a ridiculously low price given his talents.

Roberts made three appearances for Celtic in the Champions League this season, even managing to score a goal, as well as playing eight times in the league for the Scottish club.

The 21-year-old’s latest season may have been riddled with injuries that stopped him dazzling to the degree he can, but with a good pre-season under his belt, he would excel in England’s Premier League next season.

When at Celtic for the 2016/17 season, Roberts scored 11 goals, while racking up 19 assists, and bordered on being unstoppable in his outings.

The tricky winger’s ability would be an asset to Rafa Benitez’s side as he would instantly make a positive impact.

However when considering his European tournament experience and age, he could also feature for a Magpies’ side competing at the highest end of the Premier League for many years to come.

Also Roberts is determined to prove himself in the Premier League as after only making three top-flight appearances for Man City, he claimed he still had ambitions to do well in England’s top-flight.

“I’m at one now with Manchester City and they’re doing well but you’ve got to look at yourself, and what’s best for you, and try to pick the best option possible.”

Robert’s comments mean that he will be on a one man mission to fulfil his desires to flourish in England’s top-flight and that attitude will only benefit the Magpies.

Therefore Benitez must act fast to hijack his Premier League’s rivals interest in Roberts, as bids are likely to be submitted shortly, as the trickster would be a revelation at the club for years to come.