Newcastle in hunt for Avdijaj 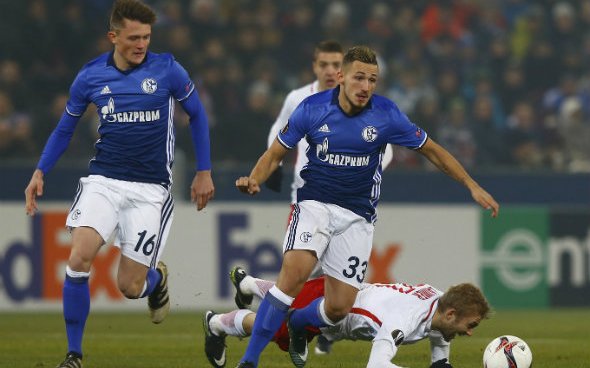 Newcastle United are in the hunt for Schalke and Kosovo international attacker Donis Avdijaj, according to the Daily Mail.

The newspaper report that Schalke, who finished second in the Bundesliga this season, are prepared to offload the 21-year-old for a fee of £2.5million.

The Mail claim that Schalke are ready to cash in on the 5ft 8in academy graduate as he enters the final year of his contract having failed to make a first-team impact at the club.

There is undoubted talent there, with Avdijaj touted as one of the club’s next talents and tipped to follow in the footsteps of players like Mesut Ozil, Max Meyer and Julian Draxler.

For one reason or another, that talent is yet to rear it’s head at Schalke, with Avdijaj spending the second half of this season on loan with Roda in the Eredivisie.

However, a change of scene may do the youngster some good, and at just 21 years old, there is plenty of room for growth for the Kosovo international.

Newcastle would do well to take a punt on him, with £2.5million being a very reasonable price.

Nothing but Newcastle rating: 6/10

It looks nailed-on that Avdijaj will leave Schalke this summer as they look to cash in.

Newcastle have competition from elsewhere in the Premier League for his signature, and will have to move quickly if they are to win the race.

Nothing but Newcastle rating: 3/10