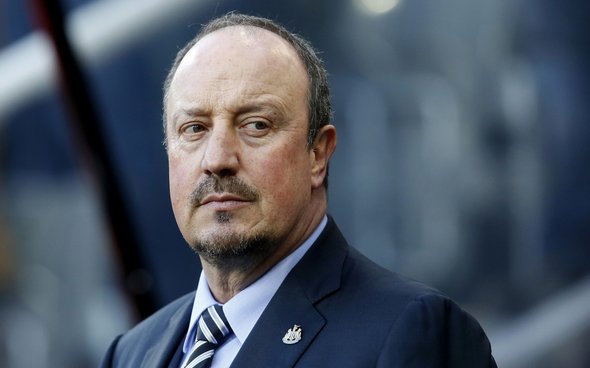 Newcastle United fans on social media went into full panic mode after reading that West Ham were about to make an approach for Rafa Benitez.

The Daily Mirror reported that the Magpies manager topped the Hammers four-man shortlist as they begin to look for a successor to David Moyes at the club.

The newspaper claimed that the London-based Premier League club were hoping to make an appointment by the end of next week, so the Hammers are expected to make their move shortly, with The Sun directly stating the approach will be made within seven days.

It is believed that Benitez has a good relationship with the Hammers after having agreed a deal to take over as manager from Sam Allardyce in 2015, only to be snapped up by Real Madrid instead.

A further Daily Mirror report added that the Hammers were willing to give Benitez whatever he wanted to lure him to the London Stadium and this had Magpies fans panicking.

One fan claimed that all hell would break loose and if the Magpies manager jumped shipped to the Hammers, it would be the lowest point of the Mike Ashley era.

While many others supporters stated on Twitter that they would be done with the club, with one even willing to bin their season ticket to show their anger.

The Daily Mail previously reported that Benitez has a £6million exit clause in his current deal and that his future remained as unclear as ever before with no change of ownership in sight.

Nothing But Newcastle have rounded up some of the best tweets about West Ham’s interest in Benitez:

For your sake Mike Ashley, I really hope you tie down Mr Benitez to a longer contract. Just a heads up, don't let him go to West Ham if you like it when Newcastle fans despise you reasonably quietly. They will protest if you don't give him a big kitty, imagine if he leaves! #NUFC

People saying he wont go, why wont he? He has a lot of resepect for their owner… He wanted Javier Hernandez at newcastle… He nearly joined them before joining Madrid…

It's safe to say that losing our literal saviour and only hope to WEST HAM would be the lowest point of the Ashley era. And possibly in the last few decades of Newcastle United.

All hell would break loose. https://t.co/sVXqJqEVpO

I support my team through thick and thin but my season ticket will be getting binned if Ashley doesn't do whatever it takes to keep Rafa!

This could go one of 2 ways. It could spur Ashley on to give Benitez what he wants. Or end in absolute disaster. Surely even Ashley isn’t stupid enough to let that happen though.

If this happens, im done.

the pair of them are too silent (Ashley/charnley) what they fail to see is there will be hell on if Rafa walks. #nufc