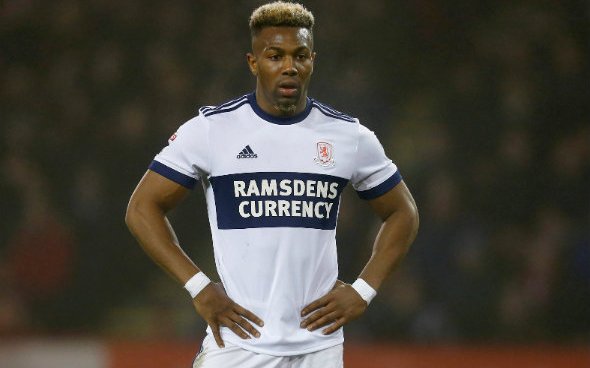 Newcastle United have reportedly entered the hunt for Middlesbrough winger Adama Traore, and fans have taken to Twitter to brutally express their disapproval over a potential swoop.

As reported by the Yorkshire Post, the Magpies are the latest team to enter the race for the 22-year-old speed machine, who is coming off an impressive season.

The regional newspaper claim that Middlesbrough are likely to field bids for the Spaniard, with the Yorkshire club rating Traore around £15million.

The Spain youth international is attracting a lot of Premier League attention after such a productive campaign, and Newcastle are now the latest in a long line of clubs to be linked with a swoop.

The former Barcelona youngster has spent two seasons at the Riverside, and looks likely to move on this summer, but Newcastle fans have now called on the club to bin their reported interest in him.

Many supporters on Twitter have described Traore as a “headless chicken”, with the main concern about his play being his lack of end product, despite the 22-year-old registering 12 assists in 2017/18

Nothing but Newcastle have rounded up some of the best tweets:

No thanks. Headless chicken. No footballing brain.

Don't really need another winger with no end product. Every time I've seen him he just runs in to dead ends with the ball and eventually loses it.

I'd go for Kenedy all day long. Adama has great pace and dribbling but is a complete headless chicken with hardly no end product. We would be paying for potential but who knows if Adama will ever get end product, we know what Kenedy can do.