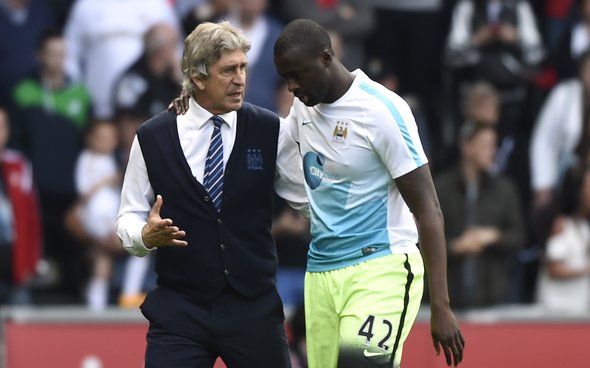 Newcastle United fans on social media were thrilled over updates that West Ham were set to appoint Manuel Pellegrini as their next manager.

The Hammers had previously been thought to be lining up Magpies boss, Rafa Benitez, to be the next person to sit in the club’s hot seat, with the Daily Mirror reporting on Thursday that he was their number one target.

Several reports about the Hammers’ pursuit of the Spanish manager followed with The Guardian even claiming that the London-based club were ready to make a formal approach for Benitez as they were seriously considering activating his £6million exit clause in his current contract.

However Pauto, a Chilean news outlet, then reported that Pellegrini had signed a contract with the Hammers to be their new manager and would be presented by the club by Monday.

Respected Times Journalist, Martin Hardy, who also wrote ‘Rafa’s Way’ a book about the manager’s revival of the Magpies, tweeted via his personal Twitter account, to reveal that he had been told Pellegrini was going to West Ham.

This reported twist in the Hammers’ manager hunt had Magpies supporters reacting passionately on Twitter, with one stating that it was great news for Mike Ashley.

It was previously believed and reported by The Sun, that Pellegrini was a manager no longer being considered as an option by the Hammers.

Nothing But Newcastle have rounded up some of the best tweets about Pellegrini to West Ham:

Pellegrini to be announced imminently. Rafa is here to stay; he loves the Toon far too much to leave #NUFC #WHUFC

Everyone saying it's Pellegrini at West Ham now. #NUFC https://t.co/1FySBdWeUQ

This is great news for Mike Ashley too as the urgency has just decreased. He loves a gamble doesn’t he.. Everyone can see what needs to happen, except one man, the most important man.

Anything on Rafa agreeing new deal or is this guna drag on and on always the doubt and drama around this club!!

It’s hardly a surprise. Never believed a word of the Benítez talk, it all just seemed a bit….unlikely. Pellegrini will do a good job there and solidify them as perennial relegation avoiders.

Who was it that called it wrong first earlier then?

In Chile they say it's already Pellegrini to West Ham. https://t.co/GkxLpqVOZI

I'm still trying to calculate why on earth Rafa would give West Ham ANY thought whatsoever.

Can't see it being Benitez to start with NUFC would have had to agree to let him speak with them if that had happened it would have been all the news, they might be close but with someone else my guess is Pelligrini