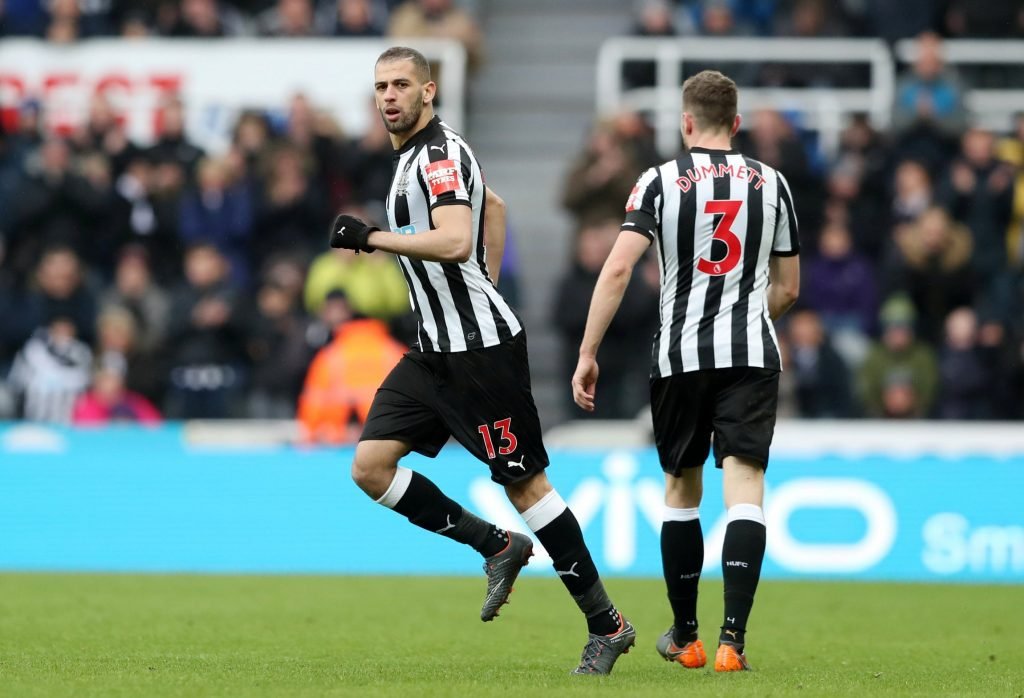 Monday brought the inevitable call from the Football Association to inform United that Slimani had been charged with violent conduct after television cameras caught him kicking out at West Brom centre-back Craig Dawson, with the on-loan Algerian striker now facing a three-match ban.

That will surely bring an ignominious end to his brief United career, insultingly repaying precisely zero percent of the faith Benitez invested in the him when the Magpies boss rescued Slimani from the Leicester doldrums in the January transfer window.

After spending his first two months in black and white on the treatment table, the 29-year-old struggled to make much of an impact in his 130 minutes on the pitch across four matches that included a solitary start at Everton and he has surely kicked his last ball for the club.

Benitez, who jettisoned Alexandar Mitrovic to Fulham for disciplinary reasons, will have had his mind made up by Slimani after this mindless indiscretion.