Forget Traore, go for Besic instead 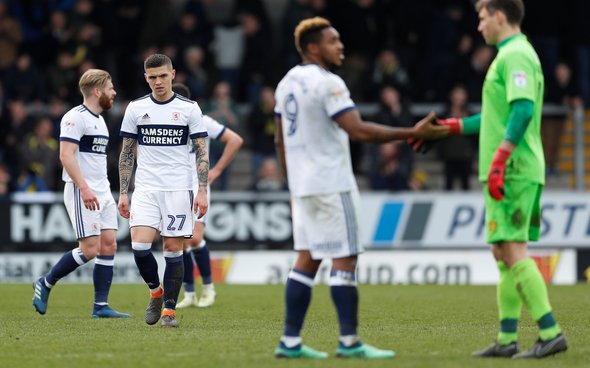 Newcastle United must forget about signing Middlesbrough’s spotlight-hogging Adama Traore and pursue the services of Everton’s Muhamed Besic instead.

The Magpies are apparently keen on Traore, as reported by the Yorkshire Post, with Boro valuing the exciting winger in the region of £15million.

While the 22-year-old, who scored five goals while creating 12 in the 40 appearances he made for Boro across all competitions in his latest campaign showcases his ability, he might not be the right fit for St James Park.

Traore due to immense talent has a tendency to be selfish on the ball and doesn’t come across as a team player due to his need to strive for personal glory.

At times the winger’s need to try and hog the spotlight sees his team suffer and given the type of manager Rafa Benitez is, this simple wouldn’t been unacceptable behaviour at the Magpies.

The genius Spanish boss likes his team to have a sense of unity and work hard for each other to defy the odds, so it’s hard to see quite exactly how Traore would be able to change his character completely to excel at his current side’s local rivals.

However the Magpies are looking in the right direction when it comes to finding new players to recruit this summer, but they need to be looking at the Toffees midfielder Besic instead.

The 25-year-old spent the second half of the 2017/18 campaign on loan at Boro and showed that he was Premier League quality.

From the moment the defensive midfielder arrived he oozed class and was a step above a lot of the players he faced week-to-week in the Championship.

Besic’s ability to successfully dribble the ball forward, play inch-perfect through balls and be a defensive presence whose tackles constantly won the ball back for his side, would see him become a key player at the Magpies if signed.

The midfielder showed all these qualities despite only playing 17 games for the club, due to joining Boro in January, and with him set to return to Goodison Park, the Magpies must swoop.

Besic fits the mould of what Benitez likes a player to be, way more than Traore, and his more efficient style of play would benefit the Magpies far more than the selfish wonder.

The 25-year-old’s Toffees spell may not have been a dream but that is to the Magpies’ benefit it as they could easily sell him this summer without too much of a fuss.

Especially if the Toffees’ potential new manager wants to recruit his own talent, as that could see Besic wrongly sacrificed.

Therefore, the Magpies should give up the goose when it comes to chasing Traore and go all out to get his 2017/18 Boro teammate Besic instead.