Callum Hudson-Odoi must arrive at Newcastle 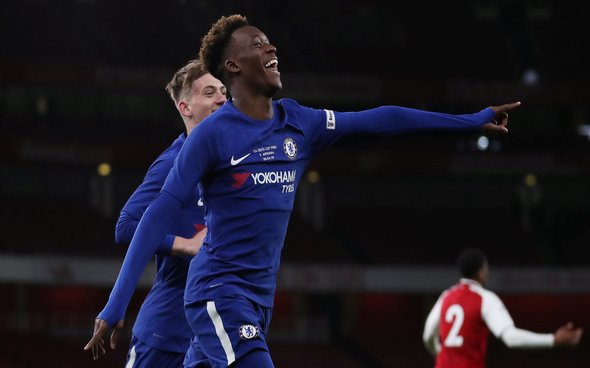 Chelsea winger Kenedy lit up St James Park in the second half of the recently concluded season when on loan and ahead of the next campaign his teammate Callum Hudson-Odoi must be scooped up by Newcastle United.

Kenedy, 22, made 13 appearances for Rafa Benitez’s side while on loan from the Blues, scoring two goals, while creating two in his outings in order to help the Magpies secure their Premier League status for next season.

The Brazilian winger endeared himself with fans due to his sparkling displays and it’s a sad thought that he’s not guaranteed to be at the club for the next campaign.

With his loan deal set to end any day now, as the season is over, Kenedy shared his appreciation for his time at St James Park during an interview with the Magpies’ official club website.

“All the players, all the staff, they made me feel at home,” said Kenedy.

“I felt good, I gained confidence from the amazing support and I really enjoyed it. Maybe one day I will be back.”

The 22-year-old winger’s teasing quote that maybe one day he will be back, saw him leave the door open in the direction of Chelsea, and while it would be nice to see him back, his future is likely to be elsewhere.

However with the door left ajar, and Chelsea no doubt grateful that the Magpies’ use of Kenedy clearly boosted his value, Hudson-Odoi should kick the hypothetical door in, so he arrives at St James Park this summer.

The sensational teenage talent is likely to be shipped out on loan for next season, as reported by The Sun, and he would flourish at the Magpies while helping Benitez’s team excel.

Hudson-Odoi scored six goals in ten appearances in his latest campaign in the Premier League 2 and earned rave reviews for his role in Chelsea’s U-23s lifting the FA Youth Cup this season.

The attacking midfielder scored six goals in five appearances during the tournament to ensure he got his hands on some silverware.

Hudson-Odoi’s performances and exciting talent even saw him make four appearances for the Blues’ senior side and everyone knows how hard it is for a young player to even get one opportunity at Stamford Bridge, which proves his potential.

Benitez’s side need to score more goals next season and with the teenager being a prolific presence in midfield, he would certainly boost their goal return for the next campaign.

Therefore with Kenedy leaving the door ajar on his way out, Hudson-Odoi should kick it open to ensure he arrives at St James Park this summer as he will be a revelation.