Benitez is wrong to not include Armstrong in his plans 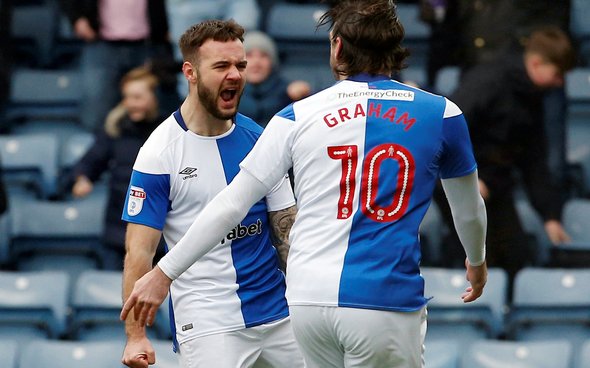 Rafa Benitez must at the very least give Adam Armstrong a chance at having a future at Newcastle United, as the forward has proven his eye for goal this season.

The Chronicle Live reported on Monday that the 21-year-old attacker was not a part of Benitez’s future plans, despite the manager wanting to overhaul the Magpies’ current striking options, and that the club were likely to listen to offers for him.

The newspaper claimed that Blackburn Rovers, who Armstrong has just spent six-months on loan with, were keen to permanently sign the forward after being impressed with him this season.

The young forward scored nine goals in 20 appearances for the League One side to help Tony Mowbray’s side win promotion to the Championship.

While Benitez will no doubt be keen to add a forward who is proven in the Premier League to his squad in the summer, it doesn’t mean that Armstrong shouldn’t be given a chance at the club.

The 21-year-old may have been grabbing his goals in England’s third-tier this season, but you can only score against the teams put in front of you.

This means that with Armstrong already back at St James’ Park, as the season has ended for Blackburn Rovers, Benitez should at least consider watching him play first-hand.

After being in prolific form and getting regularly first-team football, the 21-year-old has clearly improved and developed as a player since the Magpies manager last witnessed him kick a football.

If Benitez deems Armstrong not worthy after watching him, then it’s fine for the Spanish manager to sanction his exit, but he shouldn’t have already made that decision.

It would be a huge blunder if the 21-year-old leaves St James’ Park and goes on to prove himself as a clinical force at another club, higher than League One.

The experienced manager has hardly put a foot wrong at the Magpies, but it’s clear that if Armstrong, who has bags of potential at the very least, leaves without consideration, it’d be a mistake.

Especially if Benitez once again doesn’t get the transfers funds to sign the forwards he desires, which would leave him with depleted options up front.

Armstrong is contracted to the Magpies until 2020, so it’s not like the club should be in a rush to write him off just yet, nor do they need to panic about selling him in order to get a fee.

Therefore if the 21-year-old hotshot departs the Magpies in the summer, without Benitez giving him a proper chance since his successful loan spell, it would be the biggest blunder he has made at the club so far.