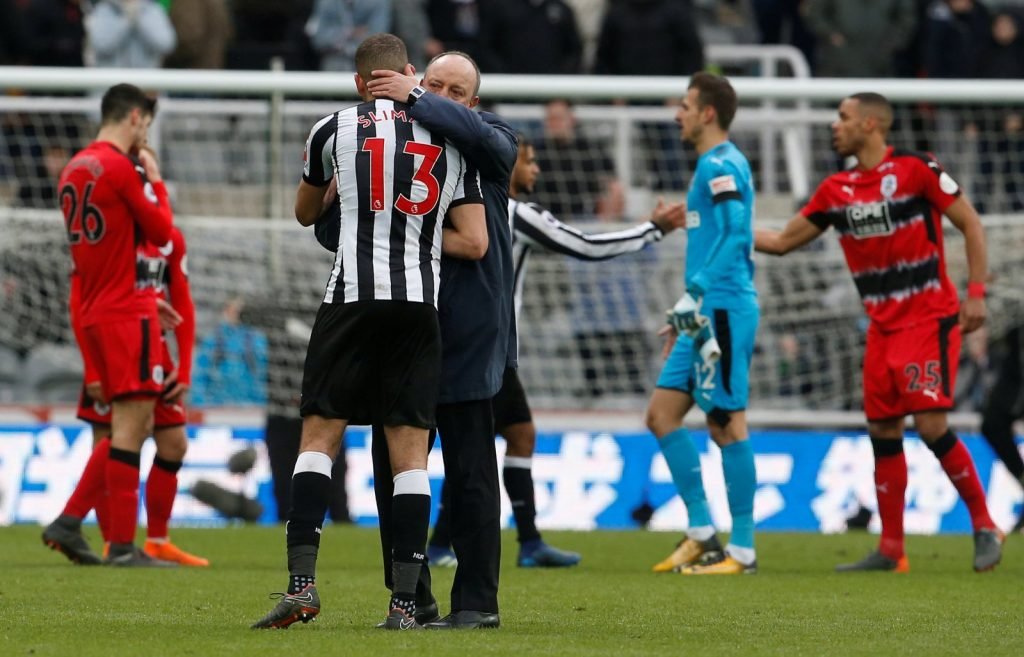 Gayle endured another goalless afternoon in the Midlands, stretching his current barren run to five Premier League games without scoring and he has found net just twice in his last 16 matches, a brace against Bournemouth in February.

That being said, he has chipped in with a few crucial assists in recent weeks and continues to serve a functional purpose in Newcastle’s attack – but where does Benitez begin to draw the line, especially with Islam Slimani back to full fitness?

The Algerian gave United a slightly different dimension during a brief cameo against Huddersfield, playing a minor part in the winning goal and putting himself into contention to start against Arsenal after missing the victory over parent club Leicester.

Benitez will be keen to wring as much worth from Slimani over the next six games after waiting over two months to see him in action.