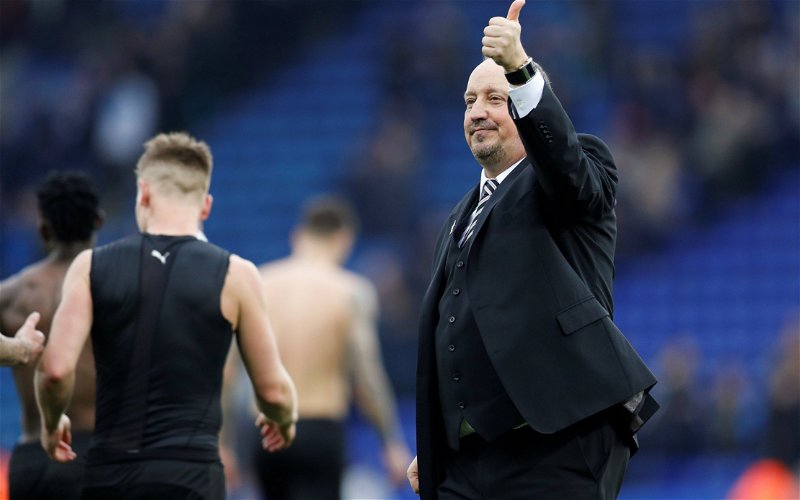 Rafa Benitez and his players can finally afford themselves an opportunity to relax before facing Arsenal at St James’ Park on Sunday after virtually securing their Premier League status for next season.

Although survival is still not mathematically certain, beating Leicester at the King Power Stadium last weekend moved United up to 10th in the table on 38 points and, crucially, 10 points clear of the relegation zone with six matches remaining.

That is unlikely to persuade Benitez to release the handbrake against the Gunners though, the United boss knowing that one more win would be enough to eclipse the 40-point target he set for his side.

United head into the game chasing a fourth straight home success and a fourth successive clean sheet on Tyneside, standing a good chance of continuing their resurgence with Arsenal facing a exhausting trip to Russia to face CSKA Moscow in the Europa League on Thursday.