Benitez confident key Newcastle man will not be sold 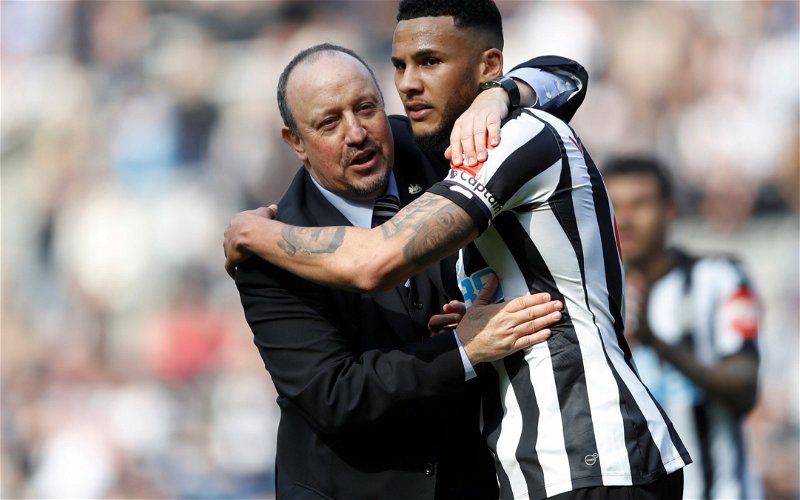 Newcastle United have exceeded expectations in their return to the Premier League this season, which has led to a rise in interest in some of their top performers.

Amongst those attracting interest is captain Jamaal Lascelles, who is tipped to make a breakthrough into Gareth Southgate’s England squad and has been linked with a move to the likes of West Ham, Chelsea and Liverpool.

However, Benitez is confident that the Magpies skipper will not be sold this summer and that he remains an integral part of his plans for the future on Tyneside.

Speaking ahead of this weekend’s 1-0 defeat to West Brom, the Spaniard said:

“He’s quite young to play that amount of games. Hopefully he can be here for 500 games or more. To be a leader on and off the pitch for a young player is great. He is still learning but he can get better, on the pitch and off it.”

24-year-old Lascelles made his 100th Newcastle appearance in the defeat to relegation-threatened West Brom and is tipped to be crowned the club’s Player of the Year.